Something as simple as moving from one ZIP code to another in the same city — even if you’ve just moved 20 minutes away and your driving record, claims history and vehicle remain the same — can cause your car insurance rates to increase or decrease significantly.

Here we’ll explain the role ZIP codes play in how much you pay for car insurance. 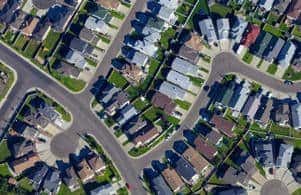 Yes, ZIP codes do affect how much you pay for coverage. Your location is taken into account by insurance companies when setting your rate.

When setting rates, insurers look at the claims history within a certain geographic area, which is why where you live has a pronounced impact on the auto insurance premium you pay.

In your particular ZIP code, factors that can drive rates higher include the number of:

Even something like damage caused by a tornado — anything that would generate an insurance claim – can drive rates higher.

However, many factors influence your auto insurance rates, in addition to where you live.

Other variables that impact rates include:

A garaging ZIP or address refers to where you park your car the majority of the time, whether it’s in a driveway or garage or on the street. Typically, that’s where you live, at your primary residence, and so the ZIP code in your address would be the garaging ZIP. Typically, insurers will determine your location as the first step in setting a base car insurance rate, and then the cost is adjusted up or down from there, depending on other variables. That’s one reason why your garaging address is so important to insurance companies.

Do you get a discount for parking your car in a garage?

You typically don’t get a car insurance discount for having your own garage.

Car insurance premiums may in fact be lower in neighborhoods where homeowners have private garages. And the garages themselves may be responsible for lower rates of theft and vandalism. But every driver in that ZIP code benefits, not just the ones with garages.

Unless you’re insuring a classic or specialty car, most insurers won’t ask whether you have a garage. When you are asked where your car is “garaged” at night, what they usually are seeking is your address. “They don’t usually make you specify if you park in a garage, driveway or on the street,” Gusner says.

Now that we’ve explained why ZIP codes play a significant role in how your insurance rate is set, check rates in your neighborhood using our average rate tool below.

It all comes down to your insurance company’s experience with losses in your neighborhood. Drivers in areas that might have higher overall crime rates can pay lower rates if more people there use public transportation than own a vehicle, or if local drivers are less inclined to file insurance claims.

The factors for your own ZIP code will be different, of course, and even in the same ZIP, rates from different insurers vary substantially. Each car insurance company does its own math and has its own claims experience in your area. That can make a major difference as you compare their rates.

If you’re planning to change locations, you can use our Will My Insurance Go Up if I Move? tool to see how much rates change from one ZIP code to the next.

In general, living in an urban area compared with a rural area can have a major impact on rates. In a metro area where there are more cars on the roads and more traffic, accidents are more likely, pushing rates higher. The most expensive ZIP codes for car insurance tend to be in major cities or in areas prone to severe weather storms.

On the other hand, less populated areas tend to have lower rates. Our average car insurance rates guide provides costs by coverage level, state, ZIP code and company so you can get an idea of what you can expect to pay for your particular situation.