Updated on: Feb 03, 2023
Editorial Integrity - Why you should trust us?
Our mission is to help you make educated insurance decisions with confidence. We have an advertising relationship with some of the offers included on this page. However, this doesn’t influence our editorial judgment or recommendations. The rankings and listings of our reviews, tools and all other content are based on objective analysis, and we fully own our opinions.

What is a vanishing car insurance deductible?

A vanishing deductible is a type of incentive that some insurers offer to drivers with no accidents or tickets on their records. 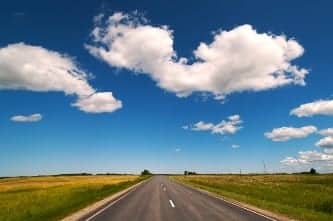 Nationwide, Hartford and Allstate offer these “vanishing deductible” discounts, frequently pitched through TV commercials. Allstate calls it a “Deductible Rewards” plan while The Hartford, also evoking the near-magical in its pitch, goes with “Disappearing Deductible.”

Combined with car insurance discounts, these deductible rewards programs have the potential to save you lots of money.

Here’s how each work, according to the insurers:

The car insurance companies didn’t disclose how many of their policyholders opt for these plans but say they’ve become popular over the past few years.

These plans will cost you more, that’s the most obvious catch. The companies tend to offer disappearing deductibles through their more expensive policies. The Hartford wraps the deductible discount into its “Advantage Plus” package, adding about 5% or 6% to your bill. “Advantage Plus” also includes “accident forgiveness,” which means there’s no premium increase after a first accident.

Nationwide says you can buy “Vanishing Deductible” for $60 a year ($30 for each six-month term) for your first vehicle and $10 for each car you add. The company says it decided on the flat fee to make coverage “easier for consumers to understand.” The program can be bought on its own, Nationwide adds, meaning you don’t have to pay for a bigger car insurance package to get it.

But there are consequences if you’re in a crash or get a moving violation while under the plans.

The Hartford notes that you have to start anew — your original deductible is reinstated and you have to establish a clean record again to qualify for reductions. And it doesn’t make any difference who caused the accident; policyholders go back even if it’s not their fault.

Nationwide says customers revert to the original $100 off the deductible if they have an accident or violation.

Consumer Reports evaluated the “Vanishing Deductible” and decided that it may be a bad idea for many drivers, even those who are careful and avoid road mishaps.

“Eventually the vanishing deductible will cost you more than you’ll save,” Consumer Reports says. “After nine years, for example, you will have spent $540 for a $500 reduction. You might save more by raising your deductible instead. Hiking it from $200 to $1,000, for example, can cut your collision premium by 40 percent.”

Hank Coleman, the owner of the Money Q&A blog, advised policyholders to study these plans carefully and to fully understand that they’ll cost extra. “Do not make the mistake of assuming [that these features] are included in your insurance policy automatically,” he says.

Once you’ve driven five accident-free years with Nationwide, your deductible is reduced by $500, the maximum — but you’ve paid at least $300 to do that. If you drive 10 problem-free years on the program, you’ll have paid $600. That’s more than the cut in your deductible.

Possibly. But you could avoid the middleman by opening a savings account and banking a monthly amount toward your deductible. But what if you don’t trust your ability to save money and still like the disappearing deductible idea? Then you might enroll in one of these plans but consider raising your deductible, which may reduce your collision premiums.

But keep in mind that you’d still need to have money to cover the difference between your part of the deductible and what hasn’t “disappeared.”

Look beyond the TV ads when buying auto insurance

Insurance experts, including the Insurance Information Institute (III), offer this simple advice: Don’t make a decision based on an insurer’s commercials, no matter how appealing they seem. Instead, understand your personal needs and shop around for car insurance, all the while closely evaluating an insurance company’s product.

“Education, knowing what you have and what you need, is always a great idea when it comes to your vehicle coverage,” says III spokesperson Michael Barry.”The consumer needs to be prepared.”