Updated on: Sep 17, 2013
Editorial Integrity - Why you should trust us?
Our mission is to help you make educated insurance decisions with confidence. We have an advertising relationship with some of the offers included on this page. However, this doesn’t influence our editorial judgment or recommendations. The rankings and listings of our reviews, tools and all other content are based on objective analysis, and we fully own our opinions. 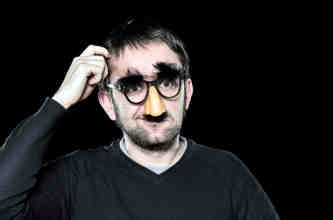 A Detroit Craigslist ad says it all:

Perhaps you weren’t aware that fake car insurance was a problem. In Michigan, it’s a big one.

On Monday, Secretary of State Ruth Johnson announced a new push to crack down on fake insurance certificates that drivers use to register their vehicles. A one-day sampling of 15,000 registration renewals found a fraud rate of 16 percent.   Over 3,400 of those renewals involved paper certificates;  552 were invalid.

Almost 30 people brought in insurance certificates that day with a computer-generated code from the insurance company on them. “When we looked up that QR code, it had a picture of a llama that said ‘Llamas are so cool,’” Johnson says.

Johnson adds that more than half of Michigan’s 83 counties turned up fakes or forgeries. “This is not an urban or regional problem,” she says. Need we even add that fraud inflates state car insurance rates everywhere?

Car insurance in Michigan is outrageously expensive; even a very basic policy can cost thousands of dollars a year in the impoverished Detroit area. Motorists there turn — some knowingly, some in good faith — to a variety of different fraudulent tactics, like registering their cars outside the city or buying “7-day insurance” to show at the registration office. Some car dealers throw in insurance on the deal; sometimes it’s fake.

Others methods are more blunt.

“There was one person that was advertising on Craigslist that they could do duplicate insurance, which was obviously fraud,” Johnson says.

And all of them are much more likely to be caught now that the state requires insurance companies to send electronic verification of who’s insured to the state twice a month.

The state plans to train staff to spot fake certificates and aggressively suspend vehicle registrations of those who are caught. Michigan is going after the sellers, too; Eaton County Prosecutor Douglas Lloyd announced charges Monday against a man accused of advertising fake insurance on Craigslist.