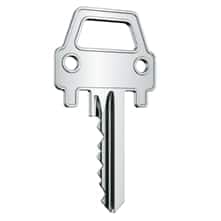 The number of stolen cars with keys inside of them is increasing amid an overall decline of vehicle thefts, according to the National Insurance Crime Bureau (NICB).

From 2012 to 2014, the top five states for stolen vehicles with keys inside them were:

In many states – including Colorado, New York, Ohio, Washington and Texas -- you can be cited for leaving your keys in the car while it is unattended and running. Fines for such tickets are typically up to $200 depending on state laws.

Beyond the potential for a ticket, leaving your keys in the car makes it an easy target for thieves. Your negligence in having the keys in the ignition may allow your car insurance company to deny your comprehensive insurance claim if the car is stolen.

To find out what your state's laws are on leaving keys in your car and the vehicle unattended, whether the engine is left running or not, contact your Department of Motor Vehicles.

Leave a Comment
Ask a Question
Comments
Tell us your thoughts
Leave a Comment
2 Responses to "Where do cars with their keys inside get stolen most?"
Disclaimer: Answers and comments provided are for information purposes. They are not intended to substitute informed professional advice. These responses should not be interpreted as a recommendation to buy or sell any insurance product, or to provide financial or legal advice. Please refer to your insurance policy for specific coverage and exclusion information. Please read our Terms of Service.