Updated on: Sep 09, 2020
Editorial Integrity - Why you should trust us?
Our mission is to help you make educated insurance decisions with confidence. We have an advertising relationship with some of the offers included on this page. However, this doesn’t influence our editorial judgment or recommendations. The rankings and listings of our reviews, tools and all other content are based on objective analysis, and we fully own our opinions.

Why you should raise your liability insurance limits

Managing Editor
Les Masterson has more than 20 years of experience in journalism, editing and content creation. In his career, he has covered everything from health insurance to presidential politics.
Read Full Bio >>
twitter 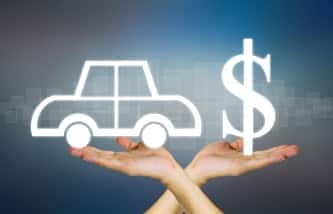 Buy as much car insurance as you can afford.

Here’s an example of why you need more than minimum liability coverage. If you cause an accident that wrecks another car and seriously injures multiple people in the vehicle, you would be responsible for paying all the medical and repair bills. If you have just bare-bones coverage, the total amount of the accident would likely be much lower than what your insurance would cover. That means you could be sued and have to pay a large settlement and legal bills to cover the outstanding cost.

You must have liability insurance to drive legally in all states except New Hampshire, and even there, most insurers won’t sell you a policy without it.

Liability insurance pays medical bills for those injured in an accident you cause, and for damage you cause to other cars — it doesn’t pay for repairs to your own vehicle. For that, you would also need optional comprehensive and collision insurance.

Here is an example and explanation of how car insurance companies refer to liability: 50/100/50

The first two numbers refer to bodily injury liability, which pays the hospital bills of anyone you injure.

When deciding how much liability insurance to get, you typically choose from:

You may also opt for “full coverage,” which means you have liability plus comprehensive and collision added to your policy.

When deciding how much car insurance you need, don’t skimp on liability. Buying as much liability insurance as you can afford is important because low liability limits put your savings and assets at risk should you cause an accident. The average new car costs more than $35,000 and cars being built today cost much more to fix than vehicles from a decade or two ago. Medical costs also continue to rise each year. High liability limits protect you if you’re at fault and won’t leave you needing to sell your house to pay for the cost of an accident, say totaling another driver’s car, or for legal fees should you face a lawsuit.

With extra liability protection coming at super affordable prices, it is simply a wise investment.

Consider the following, based on CarInsurance.com’s analysis of rates:

CarInsurance.com consumer analyst Penny Gusner advises anyone with assets such as a home or savings to buy at least 100/300/100, but even higher limits of 50/100/50 are much better than your state minimum required to drive legally. After all, you’re on the hook for whatever your insurance company doesn’t pay.

Enter your state in the search field to see how much you pay to boost liability from state minimum requirements to 50/100/50.

Thankfully, increasing your liability limits — the amount your carrier pays out — isn’t a budget-buster. You’ll see below that in most states the cost to boost your coverage is under $100, in many states is less than $50.

CarInsurance.com commissioned Quadrant Information Systems to field rates from up to six major insurers in nearly every ZIP code of the country for three coverage levels. We’ve averaged rates here for state minimum liability limits and for $50,000 per person injured in an accident; up to $100,000 per accident, with $50,000 in property damage, by state for the driver profile of a 30-year-old male, 2019 Honda Accord, with good credit and no accidents.

Combined single limit liability insurance: What it is and if it’s worth it

When you are researching your options for liability insurance and what limits to buy, you may also want to consider a combined single limit policy (CSL), which typically give you more coverage and protection than split limit policies.

The split limit has the portions of payment limits already designated while the combined single limit policy can give a policyholder flexibility to use the entire coverage for bodily injury and property damage as it is needed to be allocated between the different expenses.

If one person was severely hurt by you in the accident and exceeding your $100,000 limit for one person injured in one incident, say by $50,000, then you would now be over your limit in two different areas of your split limit policy by a total of $65,000. You would be responsible for paying this amount.

With a $300,000 CSL insurance policy, everything would be covered in the example given above because you can split the coverage up how you need it. So your property damage liability can pay out $65,000 and your bodily injury liability can pay out the $150,000 under CSL for a total of $215,000. You are still well below your $300,000 combined limit so are better protected.

In states that allow a combined single limit instead of split limits the minimum CSL is normally the property damage liability limit plus the bodily injury liability limit (for two or more people injured in an accident).