Better car and new car replacement insurance: Is there a catch?

Mark Chalon Smith
Author
Our Carinsurance.com team is made up of regular people with insurance policy needs, just like you. We just happen to know a little more about insurance than the average bear.
twitter
| Updated on: Jan 26, 2023
Editorial Integrity - Why you should trust us?
Our mission is to help you make educated insurance decisions with confidence. We have an advertising relationship with some of the offers included on this page. However, this doesn’t influence our editorial judgment or recommendations. The rankings and listings of our reviews, tools and all other content are based on objective analysis, and we fully own our opinions. 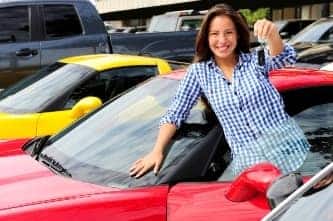 Better car replacement is an option you can add to your Liberty Mutual policy for an extra premium. And while it sounds like a pretty good deal, it has strict limitations.

That means you won’t be able to buy a Mercedes to replace your totaled Hyundai. So what is better car replacement, and how does it compare to new car replacement? Read on to find out.

What is better car replacement?

“Better Car Replacement” works like this: Instead of writing you a check for a similarly valued car, Liberty Mutual says it will write a check for one a year newer and with at least 15,000 fewer miles. The replacement would have to be in the same class and basic model type as the totaled one.

“Better Car Replacement” does have conditions, including:

It’s also not free. There is an additional premium that will differ by person based on driving record, age, make of car, where you live and other factors.

Glenn Greenberg, a Liberty Mutual spokesman, suggests talking to an agent or getting quotes online to determine how much the option would raise your premiums.

What is new car replacement?

Liberty Mutual, like many other insurance companies, also offers new car replacement, a standard feature on every policy it writes, in states where it’s available.

The company says that if your covered car is totaled in your first year as a customer, you can file a claim and get a check for a brand-new car, not just the depreciated value. You’ll still have to pay the policy deductible. New car replacement is only available for vehicles that:

Liberty Mutual isn’t the only insurer with new car replacement. Several carriers offer it, but with slight variations, yet another reason to compare car insurance companies. Some won’t pay for a new car if the original was more than six months old while others have more flexible terms.

Among the companies that offer new car replacement are Allstate, Travelers and Erie Insurance. If you’re interested in the coverage, get the details and exclusions from your insurer before you buy.

Steps to take if your car is totaled

All of us hope we never have a total loss claim. But if you do, here are steps during the car insurance appraisal to ensure you get the best settlement.

What should you do if you’re not happy with the settlement?

If the insurer’s offer leaves you cold, start looking for satisfaction by comparing the appraiser’s analysis with your own, referring to those documents you’ve gathered. If still displeased, present your case to the insurer and ask for a larger, fairer payout.

Insurance Information Institute spokesman Michael Barry says that some insurers may have a complaint division that can help forge a compromise. But if yours doesn’t budge, Barry notes that each state has an insurance department regulating all forms of coverage, including vehicle.

Go to your state’s website to see if the department shows you how to challenge a settlement. Barry says most states have consumer advocates that can give you information and advice on filing a complaint.

Still unhappy? Then Barry says an arbitrator may help resolve the dispute. Your insurer may suggest one as part of the process or you can consider getting one on your own at American Arbitration Association.

Mark Chalon Smith
Author
Our Carinsurance.com team is made up of regular people with insurance policy needs, just like you. We just happen to know a little more about insurance than the average bear.