How high-risk drivers can get lower car insurance rates

Susan Ladika | Published on: Oct 24, 2014
Editorial Integrity - Why you should trust us?
Our mission is to help you make educated insurance decisions with confidence. We have an advertising relationship with some of the offers included on this page. However, this doesn’t influence our editorial judgment or recommendations. The rankings and listings of our reviews, tools and all other content are based on objective analysis, and we fully own our opinions. 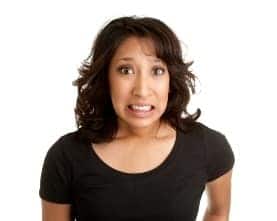 When will your insurance rates go down? Should you switch car insurance companies or stick with your current insurer? How do you get an insurance rate that’s based on the driver you are now, not the one you were years ago?

The answers to these questions depend on the infraction, your state laws and your insurance company. But the good news is that you won’t be a high-risk driver forever. If you keep your record clean — no new tickets, accidents or lapses in coverage — and know the best time to start shopping for car insurance, you can get cheaper insurance rates.

If you missed some payments on your insurance bill and your policy has lapsed, you may be considered a high-risk driver for six months after you’ve purchased a new policy, says David Suarez, director of marketing at Mercury Insurance, headquartered in Los Angeles.

If you’re just late with a payment, your insurance company will usually grant you a grace period, he says, which typically ranges from 10 to 30 days, before canceling your policy.

Tip: Stay with the same car insurance company for six months once you buy a new policy. But once you’ve paid on time for six months, it’s time to shop around for better rates. Paying your bill for those six months “reflects responsibility,” says Suarez. Once insurers see you have six months of continuous coverage, you typically will then qualify for lower rates with another company.

If you have a DUI on your record, your insurer will usually consider you a high-risk driver for between three and seven years, says Penny Gusner, consumer analyst for Insure.com. Depending on where you live, your state’s insurance laws may determine how many years your insurance company can take the DUI into account when setting rates.

Tip: Find out when your DUI will come off your record. Some states leave it on for life, but you can still find out from your state’s insurance regulator how long you can be surcharged by car insurance companies for the offense. Once that time is up, shop around. If you’re required to carry an SR-22, shop around once you’re allowed to drop it, even if the DUI is still on your record. You’ll have more insurance companies to choose from without the SR-22 requirement.

Three tickets or accidents, or any combination of three tickets and accidents, within 36 months is usually enough to push you into the high-risk category. Some insurers will even cancel your car insurance as a result, Gusner says. How individual speeding tickets affect insurance rates depends on state laws and how bad the violation was.

You can’t rush your current company. Although you’re no doubt eager to move to a standard insurance policy, there’s no way to hurry the process along with your current insurance company. “Each insurer will have its own surcharge schedule and driver tier and length of time you need to show improvement to move to a better tier,” Gusner says.

Get discounts. Taking a driver’s improvement course or paying your policy in full can help balance out the surcharges associated with the DUI, bad credit, lapse in insurance or bad driving record that is making you a high-risk driver, Gusner says. Ask your car insurance company how a driving class or paying your bill up front can affect your rates.

Don’t get too greedy. Don’t push so hard for the cheapest insurance possible that you wind up with more trouble than you started with when an accident happens. If you’re a high-risk driver but you still drive a nice car and drive a lot of miles, you should probably settle for paying high rates until you’re out of the high-risk category.