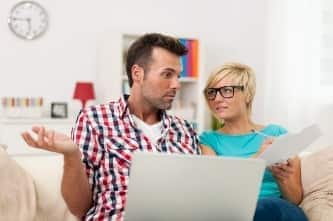 Normally your car insurance is in effect until the term expires. But in certain instances the insurance company can cancel your policy.

A cancellation notice is serious business. Without car insurance, you're on the hook for any damage or injuries you cause in an accident, and in most states you're breaking the law by driving without liability coverage.

Cancellation is different from nonrenewal, which occurs when an insurance company decides not to renew the policy after the current term ends. Reasons for nonrenewal vary.

"It could have been something you did -- such as getting too many tickets or making too many claims," says Insure.com consumer analyst Penny Gusner. "There are also reasons for nonrenewals that aren't your fault, such as the insurance carrier dropping that type of insurance from its lineup or pulling out of your state altogether."

Car insurance companies must give notice of cancellation

Cancellation happens before the current term expires. States set rules for when and under what circumstances insurance companies can cancel policies. They also dictate how much notice insurers must give before cutting off coverage and how consumers can go about appealing the decisions.

In every state insurers have the right to cancel a policy during the first days of the policy, known as the "underwriting period," says Christopher Boggs, vice president of education for the Insurance Journal's Academy of Insurance. The underwriting period in most states is 60 days. The shortest, 30 days, is in Washington, D.C., and the longest for auto insurance -- 90 days -- is in effect in Florida, Kansas, Minnesota, New Hampshire, North Dakota, Ohio and South Carolina.

The underwriting period gives the insurance company a chance to make sure the information in your application is correct. After all, the premium amount and the decision to issue the policy are based on the information you provided.

Today insurers have almost instantaneous access to your driving record, so cancellation during the underwriting period is rare, Boggs says. However, occasionally information might come to light that would call your policy into question.

Say, for instance, you get a policy for you and your spouse, and then call the agent to report the addition of a new car for your 16-year-old son, whom you failed to mention on the application. The company could cancel the policy if its underwriting guidelines didn't allow inexperienced drivers.

Insurers also have the right to cancel in the middle of the term after the underwriting period. Every state allows insurance companies to cancel midterm if:

A fact is material if the insurer would have charged you a higher premium, or set different terms or conditions on the policy, or would not have issued the policy if the truth had been known, Boggs says.

In many states, insurers can cancel coverage if you don't abide by the policy's terms and conditions or your risk substantially increases, he adds.

Other reasons in some states include:

States also set rules for how much notice insurers must give you for cancellation. During the underwriting period, the required notice ranges from 10 days to 60 days, depending on the state. After the underwriting period, the notification requirements are most commonly 10 days for failing to pay the premium and generally anywhere from 20 to 60 days for other reasons.

Contact your state's insurance department to learn the steps for making an appeal if you think the cancellation was unfair. But don't wait for the appeal decision to shop for a new policy. A cancellation notice deserves immediate attention.

"Make sure to get new coverage in place before the cancellation date -- even if you plan on appealing," Gusner says. "If you win your appeal you can cancel your new policy."

Leave a Comment
Ask a Question
Comments
Tell us your thoughts
Leave a Comment
0 Responses to "Canceled! When and why your car insurer can nix your coverage"
Disclaimer: Answers and comments provided are for information purposes. They are not intended to substitute informed professional advice. These responses should not be interpreted as a recommendation to buy or sell any insurance product, or to provide financial or legal advice. Please refer to your insurance policy for specific coverage and exclusion information. Please read our Terms of Service.