Will insurance pay for your cracked windshield?

Most car insurance policies cover a cracked or broken windshield and other glass damage under comprehensive coverage. 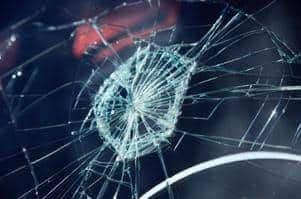 Insurers are often willing to cover glass repairs, and for good reason.

The windshield is one of your car’s primary safety features, right up there with seat belts and airbags. If you notice a ding – or worse, a long crack -it’s worth taking a few minutes to call your insurer.

Your car insurance company will likely be happy to pick up the tab for repairs to prevent the break from getting worse, which it will.

That said, be wary of anyone pitching a cheap repair. Anytime work is directly reimbursed by insurance companies, it’s an opportunity for fraud. Today, the news is peppered with accounts of fly-by-night operators doing shoddy work and submitting fake–and high-ticket–bills to insurers.

When the industry pulled 19 cars off the road for its national windshield-replacement competition this year, four of those cars–a whopping 20 percent–had windshields that had been improperly installed previously, says Debra Levy, president of the President/CEO of Key Media & Research.

A windshield is more than a looking glass

The first car windshields were called windscreens, designed to keep wind and bugs off passengers, Levy says. Today they are much more. Considered a primary safety feature in any automobile, today’s windshields are designed to:

Send your insurance company the bill

You shouldn’t be penalized for calling your insurance company and having the windshield repaired or replaced. If the damage is due to rocks or other unpreventable hazards of the road, it is considered no-fault damage under your comprehensive coverage and shouldn’t affect your car insurance rates, according to the Insurance Information Institute.

The same should apply if the cause is vandalism unless auto insurance claims are frequent or severe.

The insurance company will decide whether the damage warrants a full replacement. Typically, this will be the case if the crack or ding is large or directly in front of the driver. If it can be repaired, many insurers will pay for the repair with no deductible as long as the owner has comprehensive coverage.

If the windshield needs to be replaced, insurers will also cover the cost, usually upward of $300. But in most states, you’ll have to pay the deductible on your comprehensive coverage.

Recognizing the safety value of windshields, three states — Florida, Kentucky, and South Carolina — require that insurers waive the deductible for replacement. Kentucky and South Carolina even extend the law to all the windows in the auto. Massachusetts law also waives the deductible unless customers have opted for a $100 glass deductible to save money on their comprehensive coverage. (If you didn’t opt-in, you pay zero deductible.) Some states, such as Arizona and Minnesota, require that insurance companies offer zero-deductible glass endorsements to customers who have comprehensive coverage.

If you don’t live in one of these zero-deductible states, check whether your insurer offers a separate deductible for glass repair or replacement.

Protect yourself from insurance fraud

Levy estimates that some 12 million pieces of auto glass are replaced every year in this country alone. It’s big business. And the fact that insurance pays makes it a goldmine.

Enterprising entrepreneurs can be seen outside gas stations and car washes pitching goodies in exchange for being allowed to get to work on your windshield. Some even go door-to-door. But some are shady: One woman on commission for referrals was caught breaking the would-be customer’s windshield first.

But just because a gas station attendant points out a dangerous crack in your windshield and recommends a repair shop doesn’t mean a scam is in the air. After all, it’s a safety issue, and most established shops are honest.

Just be on guard, say experts.

— Karen Aho contributed to this story.