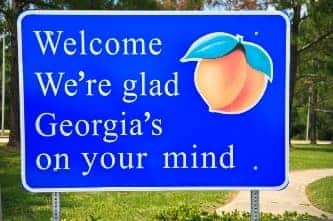 Super Speeder! While it may sound like a super hero name, you don't want to get tagged with this moniker in Georgia.

What is the Super Speeder law?

In addition to the fines, fees and license points assessed for your standard speeding ticket, you will be receiving a bill in the mail courtesy of the state for $200 for your Super Speeder violation.

A Super Speeder ticket will not add any points to your license. "The Super Speeder law is simply an additional fine imposed after a speeding ticket conviction is transmitted to the Georgia Department of Drivers Services," explains George Creal, an Atlanta attorney. "It is more of an administrative penalty used to fund the state's public hospital system."

Georgia collected roughly $120 million in the first four years of the program. A portion of the money is being used to fund trauma centers.

The maximum speed limit on rural interstates in Georgia is 70 mph, which means you may only be 15 mph over the limit when you are declared a speeding superstar. The standard speeding ticket for driving 15 miles over the limit will put two points on your license.

The speed limit on an urban interstate, I-75 in Atlanta for example, is 55 mph, so you are now 30 mph over the limit when ticketed as a Super Speeder. Four points will be tacked on your license for the standard speeding ticket. If you were going 34 or more mph over the limit, you're penalized with six points. Drivers in Georgia with 15 points in a 24-month period will have their licenses suspended.

The officer handing you the ticket on the side of the road may or may not mention your new status as a Super Speeder. The state of Georgia considers payment of your local fine to be an admission of guilt to a Super Speeder offense, so that additional $200 ticket is often a surprise to many drivers.

Georgia gives you 120 days to pay the ticket and then suspends your license if you have not paid up. It will cost another $50 to get your license reinstated.

Depending on how fast you were going and what county you were in, the final cost could be significant. In Hinesville, the cost of a ticket for going 24 mph or more over the limit is $688. Add another $200 for the Super Speeder fine and you are now looking at close to $900.

If you are ticketed for going 30 mph over the speed limit there is almost no way your car insurance premium is not headed up, in most cases, significantly.

Your premium increase will vary on a number of factors, including your insurance company, your past driving record, and of course, just how fast you were going when you joined the Super Speeder club.

CarInsurance.com rate data show how much speeding tickets in Georgia will increase your car yearly insurance rate, on average, as follows:

The above rates are based on a driver age 40, with good credit and full coverage with a $500 deductible, operating a 2017 Honda Accord. Rates were fielded from up to six major insurers in 10 ZIP codes to arrive at an average.

If you're convicted under the Super Speeder law, your rates won't be going back to normal anytime soon. "A speeding violation will stay on your policy for about 35 months," says Jonathan Klein, senior product manager with Safe Auto Insurance Company.

Surcharges vary by state and some can be even harsher than Georgia. In North Carolina for example, surcharges are set by the state and going 80 mph or over in a 70 mph zone will result in four points hitting your license and an 80 percent increase in your rates, according to Gusner.

Even if you are just passing through the Peach State, odds are your insurer is going to find out about your super new title. "Most states share information, so you should assume that the ticket information will get back to your state's DMV, and your insurer will be able to rate you on it," says Penny Gusner, consumer analyst for CarInsurance.com.

What can I do if I'm ticketed as a Super Speeder?

No matter what, your move into Super Speeder territory will be an expensive one. You can suck it up, pay the fines and your increased insurance premium, or hire a lawyer.

If your attorney can negotiate the ticket down, the long-term effect may not hit as hard.

"If you simply pay your fines it will be on your driving record and your insurance company will see it. Your premiums could then increase by a significant amount, which in time will most likely add up to more than the fees an attorney would charge to represent you," says Scott Fortas, an attorney with the Fortas Law Group.

In addition to saving money on your insurance, a clean driving record is often worth the cost of legal representation. "A traffic lawyer can, in most cases, help you get the charge reduced to a lesser violation with fewer or no points and to many drivers it's well worth the lawyer's fee to keep their driving record as clean as possible," says Fortas.

A good attorney should be able to make the Super Speeder issues go away completely. "A lawyer can negotiate the speed on the ticket below the super speeder thresholds to avoid the Super Speeder fine," says Creal.

Creal recommends moving quickly, "There is a six-month statute of limitation on withdrawing Super Speeder pleas so for the Department of Driver Services to recognize the change and correct the driving record, you have to move fast."

Leave a Comment
Ask a Question
Comments
Tell us your thoughts
Leave a Comment
0 Responses to "Georgia Super Speeder law"
Disclaimer: Answers and comments provided are for information purposes. They are not intended to substitute informed professional advice. These responses should not be interpreted as a recommendation to buy or sell any insurance product, or to provide financial or legal advice. Please refer to your insurance policy for specific coverage and exclusion information. Please read our Terms of Service.