Survey: How much do Uber and Lyft drivers make?

Mark Vallett | Published on: Jul 12, 2018
Editorial Integrity - Why you should trust us?
Our mission is to help you make educated insurance decisions with confidence. We have an advertising relationship with some of the offers included on this page. However, this doesn’t influence our editorial judgment or recommendations. The rankings and listings of our reviews, tools and all other content are based on objective analysis, and we fully own our opinions. 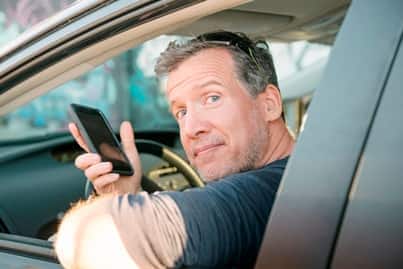 Driving for Uber, Lyft or any of the other rideshare options available can be a great way to earn a bit of extra money, but there can be pitfalls and difficulties to this particular job. While the flexibility to work when you want is a huge plus to the rideshare industry, many drivers find themselves less than satisfied with their new career path.

So what are the pluses and minuses of ridesharing driving? The Rideshare Guy recently released its annual survey results and they are pretty interesting. The survey collected nearly 1,200 responses from drivers about their pay, preferences and even insurance status.

It turns out drivers heavily favor one service over another, wish they were making more money and are still driving around without the proper insurance coverage.

How much money do Uber drivers make? Less than Lyft drivers

When it comes to pay, you are not going to get rich cruising people around town. While it is close, Lyft drivers tend to earn slightly more than their Uber counterparts.

Earnings can vary widely, the survey found that Uber drivers earn an average of $16.90 an hour (which is a $1.00 more than last year) before expenses, while Lyft drivers are bringing in $17.37 an hour. This is a gap of only 47 cents an hour, down from $2 an hour in last year’s survey.

Experience seems to matter with newbie drivers (fewer than 500 rides) earning an average of $14.74 while more long term drivers (10,000+ trips) are bringing in roughly $20 an hour.

It is important to note that all expenses related to operating their vehicle fall to drivers so their net earnings are usually dramatically lower than these figures.

Drivers still feel undervalued, survey results indicated that drivers feel they should be earning $25.67 an hour, which is a whopping $9 an hour more than they actually earn.

According to the survey results, in most cases, a male will be sitting behind the wheel when you slide into a rideshare vehicle. Only 18.4% of drivers are females.

Your driver may not be the young millennial you were expecting, survey results show that 66% of drivers were over the age of 51 while 84.8% admitted to being over 41 years old. A surprising 26.3% of drivers were 61 to 70 years old.

College-educated drivers make up almost half of all rideshare drivers with 48.1% claiming a bachelor’s degree. This is significantly higher than the national average of 33% of the population.

Who do ridesharing drivers like best and what they are driving?

Flexibility and pay are the main reasons people choose to rideshare drive. However, according to drivers, all rideshare services are not created equal. While most drive for multiple services, one service tops the charts when it comes to driver satisfaction.

Almost 80% of respondents admitted to working for more than more two services. Uber is the biggest employer with 58.7% saying they drive primarily for Uber with only 16.8% saying Lyft is their main employer although 20% claim they work for Uber and Lyft equally.

While Lyft is still the favorite, Uber had a much better year than expected.

“I was surprised to see Uber’s approval among drivers actually go up,” says Harry Campbell, founder of The Rideshare Guy. “At the beginning of 2017, 49.4% of Uber drivers reported that they were satisfied with their Uber driving experience and one year later that number is 58.2% — a 9% increase.”

Uber went out of its way to improve driver satisfaction and it may have worked.

“I think the improved numbers are due to the fact that Uber did not cut rates for drivers in January like they have in the past, and because of Uber’s driver-focused 180 Days of Change campaign, which added a tipping option and 24/7 support for drivers,” says Campbell.

Dissatisfaction with pay and the rideshare gig in general still leads to high turnover rates. According to a report by The Information, only 4% of Uber drivers are still driving a year later. Even Uber’s own data show that more than 60% of drivers quit after a year.

According to the survey, 46.5% of respondents said they have purchased rideshare insurance while 46.8% say they have not. The rest declined to comment which more than likely means they are not carrying a rideshare policy.

Why risk hitting the road without coverage? While the availability of rideshare insurance and cost can be factors, Campbell speculates that drivers are simply unaware of the need: “I think the biggest reason is that drivers are just unaware they need special rideshare coverage to drive. Many simply do not know that rideshare driving is typically not covered by personal insurance companies or that Uber and Lyft’s policies are not adequate.”

The data also showed that 55% have notified their personal insurance company that they are a rideshare driver while 28% have kept their insurer in the dark and 9.7 declined to answer.

Luckily, only 17.3% of respondents have had to make a claim on their insurance while working for a rideshare service.

Drivers who are not carrying rideshare coverage, or do not have a commercial policy are putting themselves and their livelihood at risk. There are major gaps in the coverage provided by Transportation Network Companies (TNC), which is the technical name for businesses such as Uber and Lyft.

Insurance and ridesharing can be complicated, here is a brief overview of the issues and how you can close up existing gaps.

The coverage gap comes into play during Period 1.

“The gap starts when the person turns on the app and starts trolling for customers, but has not yet been assigned a rider (this is called Period 1),” says Charlie Porter with Farmers Insurance in Menlo Park, California. “If you have an accident during this time your claim will be denied unless you have a rideshare endorsement on your policy.”

While TNCs do provide some coverage during Period 1, it is often not enough if you are involved in a serious accident.

Uber and Lyft both provide $50,000 per person/$100,000 per incident for bodily injury and $25,000 in property damage. There is zero collision and comprehensive offered which means you are on the hook for the cost to repair your own vehicle and if you are in a serious accident, those low liability limits will quickly be exceeded, meaning you will have to make up the balance out of your own pocket.

Almost all personal insurance policies exclude commercial activities and rideshare driving definitely falls into that category. If you have failed to notify your personal insurer and do not have a rideshare policy in place, an accident during Period 1 can quickly become expensive.

In many cases, your personal insurance policy may get canceled if your insurer finds out you are cruising for Uber on the side.

Once you have accepted a ride request (this is referred to as Period 2) you are covered by the Transportation Network Companies (TNC) insurance policies, which provide $1 million in liability coverage. In most scenarios, this should be enough coverage to fully protect you.

Liability insurance covers damage you do to other people or their property so it will pay medical bills and repair vehicles or other property if you are responsible for an accident.

When it comes to repairing your own vehicle Uber and Lyft only provide contingent comprehensive and collision up to $50,000 if passengers are in the car. While $50,000 will usually cover the cost to repair your vehicle this insurance only kicks in if your private insurance declines your claim and they come with a hefty deductible.

Uber’s policy comes with a $1,000 deductible and Lyft’s is $2,500, which means you will be out of pocket these amounts if you have to repair your own vehicle using a TNC’s policy.

While rideshare insurance used to be pretty scarce, there is at least one car insurance company offering coverage in every state. (New York is a special case, as a commercial policy is required for driving within the city; Allstate does offer a commercial policy tailored to Uber drivers for NYC.)

A rideshare endorsement on your personal policy extends all of your policy coverages during Period 1 so you are fully protected throughout the entire rideshare process. This means that you can determine your coverage levels as well as set your own deductible so you have control over your out-of-pocket expenses.

The best advice is to always check with your insurer about coverage before opening the app. “Ridesharing drivers should ask questions about their coverage. Do not take the TNC’s word that you are covered. Don’t be afraid to reach out to your insurance company and ask if they provide a ridesharing solution. If the company cancels you, there are better options out there,” says Matt Christopher, director of claims for Clearcover.

One other option is a commercial insurance policy, which will fully protect you, but they tend to be fairly pricey, around $5,000 to $8,000 annually.

The cost for rideshare insurance will vary depending on the insurance company, your personal factors as well as coverage levels, but in general, expect to pay 15% to 20% more than your standard coverage.