7 Strange Smells that May Mean your Car is Sick

Mark Chalon Smith | Published on: Sep 09, 2015
Editorial Integrity - Why you should trust us?
Our mission is to help you make educated insurance decisions with confidence. We have an advertising relationship with some of the offers included on this page. However, this doesn’t influence our editorial judgment or recommendations. The rankings and listings of our reviews, tools and all other content are based on objective analysis, and we fully own our opinions. 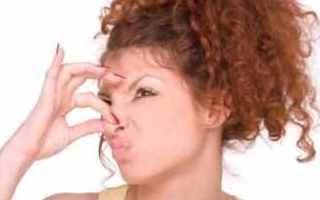 When it comes to your car’s health, you may want to pay attention to what the nose knows.

Bad smells — no, not those lingering aromas of old fast-food or dirty dog — can tell you there’s something wrong with the vehicle. The Car Care Council (CCC), a trade group that routinely recommends auto upkeep, warns that whiffs of rotten eggs or burning carpet, among other queasy odors, could signal mechanical problems that may lead to costly repairs or put you in danger of causing an accident.

“When you smell any peculiar odor, you should not ignore it,” says Rich White, the CCC’s executive director. “Instead, bring your vehicle to a professional service technician that you trust to get an informed opinion on the nature of the odor.”

If your engine seizes or your car catches on fire due to a mechanical problem, you may be wondering if your car insurance will pay for the damages. Standard policies typically don’t cover equipment failure. Mechanical breakdown insurance covers your car’s mechanical parts that break in events not related to an accident.

Regardless of whether you have mechanical breakdown insurance or not, White, the CCC and other car experts advise heading to the garage if a sniff test registers any of these first six warning signals (the seventh you can probably remedy yourself):

White says this smell shouldn’t be ignored because it likely indicates a poorly running engine and catalytic converter issues.

“It’s never a good one,” the CCC notes, “and could mean a problem with your catalytic converter not converting the hydrogen sulfide in the exhaust to sulfur dioxide properly.”

Not checked, it may lead to a catalytic converter “meltdown” – and a costly repair.

This is another one to pay special attention to because the odor could be a sign of brake trouble.

“Have your brakes checked right away, especially if this smell is happening during normal driving conditions,” White says.

It may mean that engine coolant is leaking from the cooling system, which could trigger a catastrophic breakdown if the vehicle overheats.

If you decide to check the radiator fluid level yourself, be sure to remove the radiator cap only after the car has cooled down, says the CCC.

Slipping drive belts or loose hoses that might be rubbing against rotating accessory drive pulleys could cause this stink. Again, check for yourself only when the engine has cooled.

It may mean oil is leaking onto the exhaust system.

To verify a leak, White says to look for oil on the pavement or smoke coming from the engine area.

It’s common, of course, to catch the scent of gas while filling up at the gas station. But if you smell it often, it may be signaling a gas leak, probably in the fuel injector line or gas tank.

“Any smell of fuel can result in a possible fire hazard, so immediate attention should be given,” the council warns.

File this one under annoying, not hazardous. Popular Mechanics says that if you get this stink after turning on the air conditioner or heater, the culprit is likely mildew growing in the moisture condensing inside your a/c evaporator.

“Cheap solution: Turn off the a/c a mile from home and run the fan on high to dry the system out,” according to the magazine’s website.

Stinky smells after an accident

Beyond safety concerns, you shouldn’t ignore weird odors after an accident because there could be insurance implications, says Penny Gusner, consumer analyst for Insure.com.

Most policies will not pay to repair any additional damage to your car that may come from driving it with an existing mechanical problem.

To better ensure your collision coverage isn’t compromised, Gusner suggests having the vehicle towed to a mechanic.

Gusner says while standard car insurance doesn’t cover mechanical issues that are not accident-related, mechanical breakdown insurance (MBI) can provide some protection. Motorists can buy MBI through some car insurance companies, car dealerships and financial institutions such as banks or credit unions that handle vehicle financing.

MBI won’t cover normal maintenance and wear-and-tear, but it can add protection on top of an extended warranty or help cover costs after a warranty expires. You can purchase MBI for a certain number of miles or months. Here’s what a minimum policy typically covers:

MBI policies handle garage-time in different ways. Some only pay for repairs done at a car dealership or by a preferred mechanic, while others allow you to pick any authorized mechanic.

MBI, however, has critics, including Jack Gillis, Consumer Federation of America’s director of public affairs.

“Most consumers won’t ever need to use it,” he says. “Many, many warranties today last five years, which is longer than most people keep their cars.”

Instead, he advises motorists to “put that same money (used to buy MBI) in a savings account and in the event that you have a catastrophic repair that isn’t covered by your warranty, then you’ve got it to draw on. Statistically speaking, you’ll really be building up your down payment for your next car.”

MBI will not have any impact on your existing car insurance, notes Robert Passmore, senior director of personal lines for the Property Casualty Insurers Association of America.

Passmore suggests asking the following questions before opting for MBI: