Published on: Mar 28, 2014
Editorial Integrity - Why you should trust us?
Our mission is to help you make educated insurance decisions with confidence. We have an advertising relationship with some of the offers included on this page. However, this doesn’t influence our editorial judgment or recommendations. The rankings and listings of our reviews, tools and all other content are based on objective analysis, and we fully own our opinions. 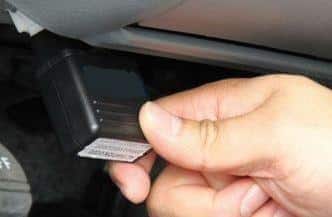 What do you get when 2 million vehicles send you wireless data on how well they are being driven?

The answer: 10 billion miles’ worth of driving data that dramatically improve your predictive powers about who will get into an accident.

Progressive Insurance recently announced that its Snapshot program had hit that mega-milestone. The company is an industry leader when it comes to usage-based insurance – where monitored driving behavior directly affects what a driver pays for his or her car insurance coverage.  In 2013, Progressive says, Snapshot was responsible for over $2 billion in premiums, not to mention a fair number of discounts.

Just how much data does 10 billion miles produce? More than you would imagine. According to Progressive, the dataset it has accumulated reflects:

When it comes to usage-based insurance, Progressive is not alone. Most of the largest car insurers have a similar program; GEICO is a notable holdout.  (Here is an overview of pay-as-you-drive car insurance programs by company.)

It’s unlikely that GEICO will stay out of the market forever. The National Association of Insurance Commissioners estimates that 20 percent of all car insurance in the U.S. will incorporate pay-as-you-drive technology within five years.

So what does 10 billion miles teach you about risk?

“One thing we have learned is that actual driving behavior is the leading variable in predicting risk – it carries more than twice the predictive power of traditional insurance rating variables.” says Dave Pratt, general manager of usage-based insurance for Progressive. Those traditional factors would include age, sex, ZIP code, the model of car you drive, even credit and education.

It also appears that good drivers are carrying the bad drivers. “The data shows that lower-risk drivers subsidize the minority of higher-risk drivers,” Pratt says.

Discounts in the heavily advertised program peak at 30 percent, but the typical discount is in the 10 percent to 15 percent range. “It equates to about $150 in annual savings on average,” Pratt says.

And Snapshot is not an automatic money-saver. About a third of drivers who try Snapshot fail to qualify for a discount, according to Pratt.

As car insurance discounts go, those for usage-based insurance tend to be among the biggest, notes CarInsurance.com consumer analyst Penny Gusner. “But it’s likely that anyone who qualifies for a big break under Snapshot would also have seen low mileage discounts and good driver discounts no matter where they were insured.”

Snapshot uses a small telemetric device that plugs into your vehicles’ onboard diagnostic port. It records and transmits certain data back to Progressive to calculate whether or not you qualify for a discount.

While monitored factors vary by insurer, the majority of them look at the number of miles driven daily, hard braking and time spent on the road between midnight and 4 a.m.

After 30 days of monitoring, Progressive decides if you qualify for a discount. An online dashboard lets you review where you are getting dinged. Even if you aren’t a customer, you can test-drive the program. Your earned discount goes into effect if you decide to jump ship to Progressive.

The worst that can happen? Nothing.

“Your rate cannot go up with the current Snapshot program,” says Pratt. “Data will not be used to resolve a claim unless a customer asks us to use the data, or if Progressive has reasonable cause to believe he or she committed insurance fraud.”

Most usage-based insurance programs use similar technology, but a few use communications devices such as OnStar or your cellphone to report mileage.

Blogger Jonathan Smith, who writes for Chief Optimizer, found the entire process painless and well worth it. “It was easy to install and it made me feel like I have some control over my car insurance premiums. In addition, I ended up saving 20 percent.”

Even when they weren’t completely thrilled with the device, drivers seem excited about the potential savings. True Equestria Radio’s Samuel Swicegood finds the Snapshot device a bit arbitrary in what it considers a “hard brake” and hates the warning beep it emits.

In some ways, the device seems to be making Swicegood a more dangerous driver, “I have increased my braking distance dramatically because of that annoying beep,” he says. “More than once, after being cut off, I have declined to hit my brakes and veered off onto the shoulder, just to avoid that stupid little beep.”

Despite all of this, Swicegood is a fan of the program and would recommend it to others. His 30 days are not up so he is unsure of his discount.

Learn more about Usage based insurance

The next 10 billion miles

Progressive is hoping to dig even deeper in the predictive modeling pool by incorporating its technology directly into vehicles and smartphones as well as adding GPS tracking to Snapshot units.

Location tracking will be used on some Snapshot units to determine if factors such as highway versus city driving can predict future losses.

Snapshot is not immune to these fears, roughly 40 percent of Progressive customers have no interest in trying out Snapshot according to Progressive CEO Glenn Renwick.

In the end though, discounts often outweigh privacy fears. Privacy was never a concern for YoungFinances.com blogger LaTisha Styles, “I read the terms of service before using it and they mentioned how the data would be used. Even GPS tracking would be worth it for me. The long-term savings outweigh the short-term privacy concerns.”