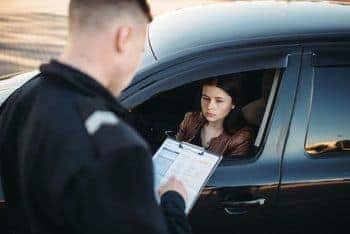 Half of American drivers surveyed by CarInsurance.com have avoided speeding tickets after giving an excuse to a police officer. The most common reason: “I didn’t know I was speeding.”

Those are two of the key findings in Carinsurance.com’s new driver survey. Carinsurance.com commissioned Op4G to survey 1,000 drivers about speeding, asking when, why, how often and how much they speed, as well as what excuses they give to get out of a ticket.

For those pulled over for speeding, the most common excuses given to police in an attempt to avoid a ticket are:

Among those pulled over, more women (61%) than men (39%) said that they didn’t know they were speeding when giving an excuse to cops. On the other side, men were more likely than women to give these reasons:

Have mercy: Can I get a warning?

In addition to giving excuses, we found that many drivers ask for a warning rather than a ticket. That request is often successful. Our survey discovered that:

Women were less likely to ask for a warning than men:

How fast is too fast? Why, how much and where drivers speed

Why do drivers speed?

How often do they speed?

Where do they speed?

Weather conditions also play a role in speeding. Twenty-eight percent said a sunny day with dry roads is an OK day to speed.

Getting a speeding ticket can be pricey. You have to pay the fine, and your car insurance rates also rise.

Insurers in other states charge much higher rates based on your speed. For instance, Michigan insurance companies charge 29% higher rates on average for drivers caught going 11 to 16 mph over the speed limit. Compare that to a driver going more than 30 mph over the speed limit. Michigan insurers increase rates by an average of 70% for those drivers.

Your insurance company factors how much speeding will increase your car insurance costs. Among the six top insurers, Carinsurance.com found the following rate increases after a speeding ticket 16 to 19 mph over the limit:

The number of tickets also play a part in rates. Multiple speeding tickets over three years can get you classified as a "high-risk driver.” Insurance companies charge drivers with two or more speeding tickets an average of 43% more. That could double the rate increase for one ticket.

Shop around to save on car insurance

If you get a speeding ticket, your next renewal could be a great time to shop around for car insurance. Your rate won’t increase immediately. Instead, your insurance company reviews your driving record since the last policy and jacks up the rates accordingly.

Some car insurance companies offer a low rate for drivers with speeding tickets and other infractions. Another insurer may view the same driver suspiciously and jack up prices.

You can save by conducting a car insurance comparison. Get quotes for the same coverage from multiple insurance companies. Make sure to find out about potential discounts from each company.

Whether you’re caught for speeding or have a perfect driving record, shopping around for auto insurance at least every three years can help save you hundreds.

CarInsurance.com in April 2019 commissioned Op4G to field a survey asking 1,000 drivers about their speeding habits.

Leave a Comment
Ask a Question
Comments
Tell us your thoughts
Leave a Comment
0 Responses to "Caught speeding: Top excuses drivers give cops"
Disclaimer: Answers and comments provided are for information purposes. They are not intended to substitute informed professional advice. These responses should not be interpreted as a recommendation to buy or sell any insurance product, or to provide financial or legal advice. Please refer to your insurance policy for specific coverage and exclusion information. Please read our Terms of Service.