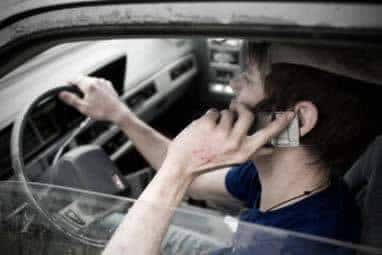 Adding a 16-year-old teen to your policy will increase your rates, on average, by about 130 to 140 percent, or an extra $2,000 annually, according to CarInsurance.com rate data.

Car insurance for young drivers is expensive, as you'll see in the table below, but you can still save by putting the teen on your policy rather than getting him or her their own coverage, and by garnering all the discounts you can for young drivers.

You’ll see below how much it costs to add a 16-year-old driver to your policy in your state, on average, for full coverage:

See our detailed rate analysis by age for teen drivers, which shows pricing for adding a teen to a policy compared to the teen having his or her own, and broken down by state:

How can a parent lower car insurance rates?

Our parent guide to insuring a teen provides more detail, but here we'll offer the must-know steps to take for keeping teen driver rates as low as possible. First, shop around. The more you pay for insurance, the more likely it is that you can save money. Every insurer prices its coverage differently, and what might be cheaper for your neighbor might not be cheaper for you. You can compare auto insurance quotes online or by calling several agents. To learn more about how to get an idea of what you can expect to pay for coverage, read the details at our guide on how to estimate car insurance costs.

Comparing quotes is simply your best shot at saving money, and the payoff for a few minutes of work could be hundreds or even thousands of dollars.

Why concentrate on comparison shopping? Because the next best way to save money is hoping that your child gets grades good enough to grab a good student discount. (A few minutes on the Internet seems almost painless now, right?) In general you can expect to save 10 percent to 15 percent if your insurer offers a good student discount at all.

Third, buy the right car.  The best cars for teens are those with safety features that have low horsepower. The cheapest vehicles to insure are typically minivans. Good luck! But with that as your opening gambit, a rental-grade sedan will seem like a Ferrari to your teen. If it's old enough to get by with only liability insurance, so much the better.

Lastly, there are no real tricks. State laws vary, but in general:

Leave a Comment
Ask a Question
Comments
Tell us your thoughts
Leave a Comment
4 Responses to "How much does it cost to add a teenager to car insurance?"
Disclaimer: Answers and comments provided are for information purposes. They are not intended to substitute informed professional advice. These responses should not be interpreted as a recommendation to buy or sell any insurance product, or to provide financial or legal advice. Please refer to your insurance policy for specific coverage and exclusion information. Please read our Terms of Service.