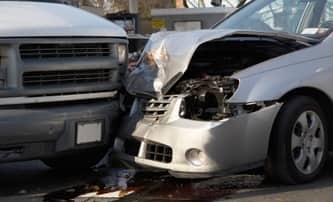 Car accidents are cringe-worthy on many levels. Beyond the potential for bodily harm and vehicle repair hassles, there's the anxiety over how your car insurance premiums will be affected, adding insult to injury. Depending on the collision, your driving record and other factors, your costs could rise significantly.

You may think an accident automatically triggers higher car insurance rates, but that's not always true. "Accident forgiveness" is one of the car insurance discounts that you may have heard about but don't fully understand. Most major insurers -- including Allstate, GEICO, The Hartford, Liberty Mutual, Nationwide, Progressive and State Farm, among others -- offer it to their best customers, those without past accidents and moving violations.

In general, it works this way: If you have a clean driving record, the insurance company will ignore the first accident and not raise your premium. Additionally, your deductible could drop by as much as $100 each year you maintain a spotless record after the mishap.

The details, however, vary from company to company. Some may give you accident forgiveness immediately, while others will only do so after you've been an accident-free policyholder for as many as five years.  Still others may forgive one accident per policy in a three year time frame, some will forgive one every six years and some will waive one per driver listed on the policy every 3 years. You may also be required to have had no moving violations for three years. If you're considering signing on for accident forgiveness, you need to talk with agents and read the fine print to understand the details of how to qualify.

Once you study that fine print you'll see that this feature is not usually free, even with a perfect driving history. At Allstate, for example, you get accident forgiveness by upgrading to either a Gold Protection or Platinum Protection package under its Your Choice Auto plan, which can add about 8 to 15 percent to the cost of a standard policy, depending on the vehicle owner.

Under Gold, you're forgiven for only the first accident. With the more expensive Platinum, your rates won't rise even with subsequent accident claims. But, the insurer points out, you may become ineligible for Platinum if you rack up several crash claims.

How to figure out if accident forgiveness is worth the cost

So, if you're a great driver with no smudges on your record, is it a good idea to pay more for the protection or take the chance that your motoring skills (or luck) will continue?

Insurance.com recently did an analysis to determine how much an accident claim could affect premiums. It found that the rate jump will vary by insurer and state; some might not raise your rates at all -- but most will. To get a general idea of a crash's impact, it looked at rates from five insurers for a 30-year-old Dallas motorist with a clean record driving a 2014 Chevrolet Cruze. Then it added an accident that included a liability claim and a collision claim totaling $1,400. Insurance.com found that the premiums could jump anywhere from 23 percent to a high of 97 percent, depending on the company -- eye-opening numbers.

But if you're a careful driver, it may not be prudent to pay extra for accident forgiveness – you may be better off just driving with caution and then shopping for the best rates should you get into a wreck.

One way to tell if accident forgiveness is a good fit for you is to compare the extra cost of the perk with how much your car insurance company will hike your rate for an at-fault accident, says Penny Gusner, consumer analyst for Insure.com. "Each car insurance company has a surcharge schedule that outlines the percentage increase that specific infractions trigger, such as an at-fault accident," she says. "By asking your insurer for a copy of this and researching the potential rate hike for an accident, you can do the math to see if it's worth paying extra for accident forgiveness or paying the rate increase for a wreck should you have one."

The Insurance Information Institute echoes that advice. Michael Barry, the vice president of media relations for the Institute, points out that the III does not have an opinion on accident forgiveness but it does have a strong position on consumer awareness.

"In our view, the policyholder needs to quiz either their insurance agent or insurance company representative about the pros/cons of accident forgiveness" before buying the provision, he says. "Education, knowing what you have and what you need, is always a great idea."

Leave a Comment
Ask a Question
Comments
Tell us your thoughts
Leave a Comment
8 Responses to "Perks and pitfalls of accident forgiveness"
Disclaimer: Answers and comments provided are for information purposes. They are not intended to substitute informed professional advice. These responses should not be interpreted as a recommendation to buy or sell any insurance product, or to provide financial or legal advice. Please refer to your insurance policy for specific coverage and exclusion information. Please read our Terms of Service.