Updated on: Jul 02, 2015
Editorial Integrity - Why you should trust us?
Our mission is to help you make educated insurance decisions with confidence. We have an advertising relationship with some of the offers included on this page. However, this doesn’t influence our editorial judgment or recommendations. The rankings and listings of our reviews, tools and all other content are based on objective analysis, and we fully own our opinions.

Car insurance loyalty rewards: Should I stay or should I go? 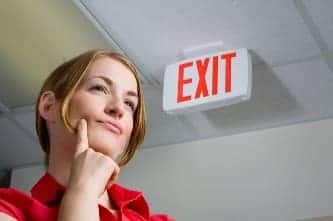 Car insurance companies care about keeping customers. To prevent you from straying, insurers offer an array of discounts, including ones that reward loyalty.

These loyalty discounts can be attractive. Nationwide, for one, says it may trim premiums by as much as 15 percent for someone who’s carried one of its policies for at least five years. GEICO says clients could see a 30 percent drop in their rates, depending on how long they’ve been with the company. Many carriers (especially the big ones) offer similar enticements.

But should loyalty rewards be the main reason you stay with one company?

Industry professionals say no, pointing out that while these renewal discounts can be valuable, they should be considered next to your overall coverage needs — and the price you pay for them — and other available discounts. Find the average car insurance rates in your city or town to find out what you can expect to pay.

“A loyalty discount for staying with your insurance company is nice, but it is just a discount — you shouldn’t stay with a car insurance company just because of it,” says Penny Gusner, consumer analyst for Insure.com. “If you’ve received bad customer service or believe you’re paying too much, go out there and shop around for a new provider. By comparison shopping you may find cheaper rates even without receiving a loyalty discount.”

A recent car insurance shopping study by the Texas Office of Public Insurance Counsel supports the idea that shopping for a new policy can lead to savings. A consumer who has stuck with the same car insurer for eight years could reduce the premium by 19 percent, on average, by switching, according to the report.

Michael Barry, the vice president of media relations for the Insurance Information Institute, says the III is neutral on loyalty rewards and most other insurer discounts. Insurance is a very competitive business, he says, and firms use these provisions to keep policyholders while appealing to new ones.

The benefits, frequently pushed in TV commercials featuring the ubiquitous “Flo” singing a tortured version of “I’ll Stand by You,” provide “accident forgiveness” (where rates don’t rise after most crashes) for those holding a policy for at least five years, according to Progressive.

Some insurers have comparable incentives; ask companies for details.

Gusner notes that you can also get a transfer discount (usually 5 to 10 percent) when switching carriers. Unlike a loyalty discount, this is usually offered only once, at the time of buying a policy. But loyalty discounts may kick in if you continue with the carrier.

Price optimization: Are insurers charging you more for staying loyal?

If you do decide to stay with your current insurer, you should be aware of a practice called “price optimization.” Insurers sometimes use this little-known technique to penalize loyal auto insurance policyholders by charging them higher rates because the insurer believes they are unlikely to shop around for a better price. Some insurers try to predict who is less likely to switch companies, by testing incremental price increases, and then charge those customers more in order to squeeze out higher profits.

The practice is under review by some state insurance regulators, thanks to a report by the Consumer Federation of America (CFA). Insurance regulators in Florida have banned price optimization, while regulators in California and Ohio have issued warnings against it. New York and the National Association of Insurance Commissioners are investigating the tactic. Vermont Insurance Commissioner Susan Donegan recently directed all insurance companies to disclose any use of price optimization and highlighted the state’s prohibition on any use of pricing techniques unrelated to risk.

Insurers, such as Allstate, have denied that they do this and maintain that their rates are based on risk factors and are legal and actuarially sound.

Going beyond loyalty rewards to save

Renewal rewards are just one of the car insurance discounts out there. There are several more — from those tied to safety features to bundling vehicle insurance with homeowners coverage. Here’s a rundown of what’s offered by most companies:

Be aware that some insurers limit the amount of discounts you get for some coverages – your reduction total may be capped at a certain percentage, even if you qualify for all the discounts. Again, ask your insurer; they should tell you if discounts are capped.

A little research makes a lot of sense

Gusner is quick to point out that consumers should go beyond loyalty rewards and other discounts when buying insurance. “Discounts are one thing to look at but you also need to look at customer service, consumer reviews, the financial stability of the company — and of course price,” she advises.

Here are a few steps to help you find the right insurer: