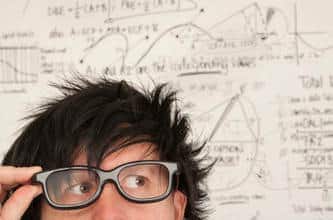 You pay less on car insurance if you have a clean driving record, drive a sensible and safe car, and are well past your teen years. That only makes sense.

But there are some other ways to save, too. The thousands of dollars you just spent on a high-tech collision avoidance system won't get you a discount -- but being a Tri-Delt just might.

Insurers offer scores of extra discounts, some of which have nothing to do with your age, your car or the fact that you've avoided speeding tickets. The opportunities to save vary by company and state. Keep your eyes open for surprising deals, but don't lose sight of the bottom line.

"Discounts sound good, but you have to look at the bigger picture of how much the total premium is going to be," says CarInsurance.com consumer analyst Penny Gusner.

You might qualify for a 10 percent discount at one company, but actually save more by going with an insurer that offers coverage at an even lower base price. Also, some insurers that offer multiple discounts cap the total percentage you can save, Gusner says. And you should look closely at the coverage itself to make sure it provides what you need.

Bearing all that in mind, here are five weird ways to save.

Married couples generally have lower car insurance rates than single people, as long as they're good drivers. But Country Financial offers a discount of up to 30 percent even before the lovebirds get to the altar.

You can qualify if you're engaged to be married within the next 12 months and you're between ages 21 and 29. You can still get the discount even if your other half doesn't have Country Financial insurance. The discount, available in 16 states where the insurer does business, is designed to reflect the lower risk of loss from someone who goes from being single to engaged, Country Financial spokesperson Jeff Muniz says.

"We also want to stay competitive with a group of people we want to do business with – and that's families," he adds. "Being engaged is the start of many of life's biggest decisions, and we want to be with our customers and offer them financial security no matter where they are in life."

If you're brainy enough to belong to Mensa, then you can go to the head of the class for a discount with Geico. Mensa is among some 275 groups whose members qualify for up to 8 percent discounts with the insurer. You have to score in the top 2 percent on a standardized intelligence test to join Mensa. Not a good test taker? No worries -- other organizations that qualify for discounts with the insurer include professional associations, college alumni groups, certain employers and fraternities and sororities.

To encourage customers to go paperless, some insurers offer discounts to those who choose to do business online instead of through the mail. The discounts are typically between 2 percent and 5 percent if you agree to view your policy and bills online and pay electronically.

Driving an environmentally friendly car could earn you even greater savings. Travelers Insurance offers up to a 10 percent discount if you own or lease a hybrid vehicle.

Be an early bird

Here's one good reason not to procrastinate about buying insurance. Some insurers let you save if you sign up for coverage early. Farmers Insurance gives you a discount if you get a quote for insurance at least seven days before the policy's effective date and you had car insurance with another carrier with no lapse in coverage. Allstate gives you up to 10 percent off on auto insurance if you switch early. Other insurers have similar deals.

Live in a retirement community

If you're 55 or older and live in an eligible retirement community, you might qualify for a discount with Farmers Insurance. The discount varies and isn't available in every state.

Leave a Comment
Ask a Question
Comments
Tell us your thoughts
Leave a Comment
2 Responses to "5 weird car insurance discounts"
Disclaimer: Answers and comments provided are for information purposes. They are not intended to substitute informed professional advice. These responses should not be interpreted as a recommendation to buy or sell any insurance product, or to provide financial or legal advice. Please refer to your insurance policy for specific coverage and exclusion information. Please read our Terms of Service.