Updated on: Sep 10, 2013
Editorial Integrity - Why you should trust us?
Our mission is to help you make educated insurance decisions with confidence. We have an advertising relationship with some of the offers included on this page. However, this doesn’t influence our editorial judgment or recommendations. The rankings and listings of our reviews, tools and all other content are based on objective analysis, and we fully own our opinions.

Perks for sticking with your car insurer 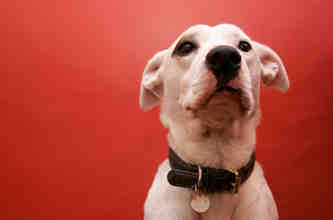 Car insurers spend truckloads of money on advertising to lure customers away from the competition, and the promises of lower rates might be tempting.

But take stock of what you’ve got before you split. You might find that the perks for staying with your current insurer outweigh the ones offered by another company.

“Years ago, the coverage was apples-to-apples,” says Jeff Camara, an independent insurance agent and office manager of Vargas & Vargas Insurance in Dorchester, Mass.

But now carriers are differentiating themselves with a variety of offerings, so you have to take extra care when comparing.

Here are some of the car insurance discounts you might expect:

The most obvious is the loyalty discount, also called a persistency, longevity or tenure discount, which gives you a small rate cut for staying with the company for a certain amount of time. Not all insurers offer them.

Camara says of the nine companies with which his agency works, three have loyalty discounts. They range from about 2 to 10 percent, he says.

The length of time you have to remain with a company for a discount varies by insurer and location. State Farm in California, for instance, gives a loyalty discount for customers who stay for at least a year. With Ameriprise Auto & Home Insurance, you have to stick with the company for three years to earn its tenure discount.

Some insurers also offer discounts for switching to them, which might cancel out any benefit of a loyalty discount with your current insurer.

Some insurance companies now offer accident forgiveness programs, which promise not to raise your rate the first time you have an accident after a period of remaining claim-free. Rules for the programs vary, but some insurers require you to be a customer for a certain number of years before you qualify.

For its major accident forgiveness program, for instance, Progressive requires customers to be with the company for at least five years and for everyone on your policy to remain claim- and violation-free for the last three. If you meet those criteria, then your car insurance rate won’t go up if you have a large claim.

Accident surcharges can be hefty and last for years.

Programs like Nationwide Insurance’s “Vanishing Deductible” promise to reduce your deductible each year you drive safely and are signed up with the program. Under the Nationwide program, your deductible decreases by $100 a year up to $500. Some companies, though, such as The Hartford, will knock money off the deductible if you haven’t had any accidents or violations, even if you had coverage with another company.

Losing deductible dollars and accident forgiveness might be a bigger deal than losing a loyalty discount when changing companies, Camara says.

Some companies might be more lenient about minor accidents or violations with longtime customers, even without a formal accident forgiveness program, Gusner says. Another perk for loyalty is that once you’ve been with a company for a number of years, the insurer generally won’t pull your driving record every year, which could save you from an immediate premium increase if you get a ticket.

If you’re a longtime customer with a good track record, an insurer is also more likely to reinstate your policy without any penalty if you’re a little late on a premium payment, Camara says — as long as you don’t make it a habit.

For some folks, having a personal relationship with an insurance agent is important. You’ll lose that professional if you’re with a company that has its own agents, such as State Farm or Allstate, and you change insurers. You can keep your independent insurance agent as long as you switch to one of the insurers represented by the agency.

At Progressive Insurance, customers who have been with the company for at least 10 years earn “Emerald Access,” and 20-year customers earn “Lifetime Crown Benefits.” The company says its customer service representatives give first priority to Emerald and Crown customer calls. Crown customers also get a lifetime insurance renewal guarantee.

“As a consumer it’s smart to shop, but you want to make sure you’re getting the same policy as you were before,” Camara says.

Or at least you want to make sure you take into account anything you might lose to calculate the true savings.