Published on: Jan 22, 2016
Editorial Integrity - Why you should trust us?
Our mission is to help you make educated insurance decisions with confidence. We have an advertising relationship with some of the offers included on this page. However, this doesn’t influence our editorial judgment or recommendations. The rankings and listings of our reviews, tools and all other content are based on objective analysis, and we fully own our opinions.

How to Buy the Safest Cars 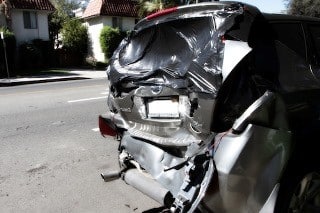 Your car safety research should begin with crash test ratings, but it shouldn’t end there. When shopping for a new car, you’ll also want to research high-tech crash-prevention features and other factors, such as vehicle size and insurance claims history. We’ll explain why these aspects are important and where to find information on them. You’ll also learn what to look for when studying vehicle safety ratings.

A good place to begin your research is by checking crash test results. The Insurance Institute for Highway Safety (IIHS) each year designates new vehicles that pass a series of crash tests as a “Top Safety Pick+” or “Top Safety Pick.” The IIH tests cars on how well they protect people in front, side, rollover and rear crashes.

Carroll Lachnit, consumer advice editor at Edmunds.com, says the IIHS tests consider not just how well a vehicle performs in a crash — but also how well the car prevents you from crashing in the first place.

“Carmakers are beginning to put things in automobiles that can prevent crashes or at least mitigate a crash,” Lachnit says.

Along with the IIHS, the National Highway Traffic Safety Administration (NHTSA) does its own ratings of the safest vehicles, and the results can be found at SafeCar.gov. The tests conducted by the two agencies complement each other, says Russ Rader, IIHS spokesman. You should look for vehicles with a four- or five-star safety rating from NHTSA.

“When buying a new or used vehicle, look for those with the best crash test ratings,” recommends Rader.

In addition to crash tests, there are two new, must-have safety features to look for when researching a new car purchase. Front crash prevention and adaptive headlights are reducing crashes, based on analysis of insurance losses by the Highway Loss Data Institute (HLDI), an affiliate of IIHS.

While many key safety features, such as electronic stability control and side air bags, are now standard on vehicles, several new safety systems have a crucial role to play in improving vehicle safety and keeping motorists safer on the road, Rader says.

If you’re in the market for a new car, you should look for those that have front crash prevention systems with automatic braking, he says. These systems can detect an impending collision, and automatically apply the brakes to avoid a crash.

While front crash prevention systems with automatic braking remain optional, more vehicle models are expected to soon be equipped with the features as part of a voluntary agreement now being hammered out between the auto manufacturers and the IIHS and NHTSA.

Another important safety feature that has been shown to reduce crashes is adaptive headlights, which pivot and improve visibility around curves, Rader says.

Lachnit says other equipment you might want to consider includes lane-departure warning and prevention systems, which warn you when you’re moving out of your lane or prevent you from crossing lane markers. She also suggests researching cars that have rear-cross traffic alert systems, which can notify you if you’re backing out of a parking space and another vehicle is headed your way. The IIHS also says blind-spot detection is becoming a popular safety feature worth reviewing. You can find crash avoidance features by make and model at the IIHS website.

The IIHS safety winners span the spectrum, from the Scion iA mini car — the sole winner in that category — to moderately priced and luxury cars and SUVs.

But “bigger, heavier vehicles are always safer than smaller ones,” Rader says. “That doesn’t mean you have to buy a tank.”

However, even small cars with top car safety ratings will never be as safe as larger vehicles, he says.

He recommends shopping for midsize sedans or small SUVs, which weigh about the same and are fairly comparable in terms of safety.

If you have your heart set on a small car — perhaps because you drive in urban areas and always are hunting for a parking place — Rader recommends always buying one with a high safety rating.

For mini and small cars, “it’s even more important to shop with safety ratings in mind,” he says.

Safest Cars for Teens and Seniors

If you’re looking for a car for a teen driver, it’s essential that the vehicle has electronic stability control, Rader says. That wasn’t a standard feature on vehicles until 2012.

For older drivers, along with front crash prevention systems and adaptive headlights, backup cameras may be helpful, Rader says, though you still need to remember to look in your mirrors when you put it in reverse. Backup cameras will be required in all new vehicles by May 2018.

Here are key factors to look for when researching the safety of a used car, based on IIHS data:

Those IIHS ratings look at the collision, property damage liability, comprehensive, personal injury protection (PIP), medical payment and bodily injury liability claims for various vehicle models. The most recent ratings are for 2012-2014 vehicles. However, these findings are a good indicator of how newer models will perform unless the car has been dramatically redesigned.

In terms of safety, PIP claim numbers are a good indicator of how well cars protect occupants in real-world crashes, says Rader. Cars with fewer PIP claims protect you and your passengers better than those with a high PIP claim rate.

State Farm offers a vehicle safety discount of up to 40 percent, based on the claims record of each vehicle make and model. The company says claim records are reviewed each year and the discount is adjusted accordingly.

So along with checking out price, horsepower and design, be sure to compare vehicle safety records before heading to the automobile showrooms. If you are shopping for a car, find out how to insure a new car before you close the deal. Once you’ve bought your new ride, you’ll need to get car insurance — start now by finding car insurance quotes in your area.

IIHS Vehicle Safety Awards: And the Winners are….

The Insurance Institute for Highway Safety (IIHS) introduced 48 vehicles that met the criteria to be rated a Top Safety Pick+, while 13 more were chosen as Top Safety Picks.