How to Check your Driving Record and Why it’s Important

Mark Chalon Smith
Author
Our Carinsurance.com team is made up of regular people with insurance policy needs, just like you. We just happen to know a little more about insurance than the average bear.
twitter
| Published on: Oct 17, 2018
Editorial Integrity - Why you should trust us?
Our mission is to help you make educated insurance decisions with confidence. We have an advertising relationship with some of the offers included on this page. However, this doesn’t influence our editorial judgment or recommendations. The rankings and listings of our reviews, tools and all other content are based on objective analysis, and we fully own our opinions.

Insurance companies look at several factors when setting rates and your driving record is one of the most important. If it’s inaccurate, you could be paying more than you should. Knowing that, wouldn’t it be wise to check it? Here’s what you can do to keep your driving record accurate and current before shopping for insurance.

Why do insurance companies look at your driving record?

Authorities like your state’s department of motor vehicles (DMV) add points to your record to assess your worthiness to drive, which is seen as a privilege. Insurers want to know if you have points on your record, and if so, how you got them, to determine how risky you are as a driver. If you have moving violations on your driving record, insurance companies will consider you a high-risk driver, which means there’s a good chance you’ll get into an accident and file a claim due to dangerous driving habits. Claims cost insurers money, so insurers charge high-risk drivers more to help pay for the anticipated higher cost of covering that driver. That’s why your car insuranc e policy is affected by tickets and points on your record.

How to get a copy of your driving record

You should pay attention to your record as much as the insurers. You can get a copy of your driving record, which are also known as MVRs (motor vehicle reports), through your state’s DMV or the licensing agency handling driver’s licenses.

Most states will let you request a copy of your record online, but some may require that you ask for it in writing or in person; the details are usually specified on the agency’s website. You’ll have to pay a small fee for the copy. A check of several DMV websites shows the fees are usually in the $10 to $20 range, with some as low as $2.

The California DMV, for instance, charges $2 for a report obtained online and $5 if you get it by mail or in person. You can print out an online copy, while one will be mailed to you if you request it by mail or in person. Both qualify as official documents, according to the DMV. The website walks you through the process as you complete form “INF 1125,” which requires your driver’s license number, vehicle registration number, current address and birth date.

The Insurance Information Institute (III) and William F. Harris, an independent insurance agent in the Los Angeles area, note that your insurer may provide you with your current record for free. Others may handle the paperwork but charge you the same fee required by the DMV.

“Just ask,” says Harris. “Most agents I know of will help you get that information.”

Harris and the III suggest checking your driving record regularly; perhaps as much as once a year or so. They add that you should avoid third parties (many operate online) that offer to provide your record for an additional fee.

Wrong information? Here’s how to fix your driving record 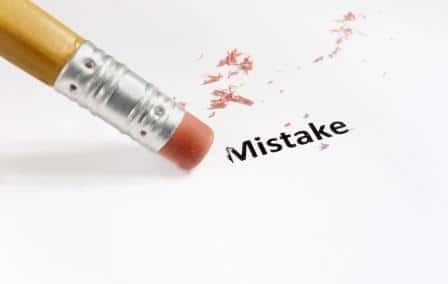 When you file a request to dispute a driving record error, motor vehicle departments sometimes call  the request a “claim.” Correcting mistakes can be fairly complicated because just about every state requires you to complete a form detailing why you think the listed violation is an error. In California, for example, you need to fill out “Report Of Incorrect Record Form DL207” or “Report Of Incorrect Driver Record Traffic Collision Form DL207A,” which can be found online.

You’ll be asked for your vehicle and driver’s license information, along with details about the disputed violation, including when it occurred. A copy of the original ticket or any documentation obtained from the court where the violation was heard must be included for review, according to the DMV.

What’s on your driving record?

According to the III, here’s what’s commonly on your record, beyond driver’s license status, license classification and defensive driving courses completed:

How long do tickets and violations stay on your record?

It varies from state to state and depends on how bad the violation is. Speeding tickets typically mar your driving record in most states for three years, but a DUI can remain for several more.

In California, a speeding ticket usually stays for three years, but a DUI remains for ten In Tennessee, a DUI is on your driving record forever and in Florida it’s takes 75 years before removal. In general, and in most states, a citation will remain for three to seven years.

How much do your rates go up for a ticket resulting in a conviction?

That varies, but a first DUI offense can raise it by 79 percent, according to analysis by CarInsurance.com. A speeding ticket 16 to 29 mph above the limit can jump it by 22 percent. You’ll see in the table below how much rates rise, on average, for common violations and accidents, for full coverage with a $500 deductible:

You can still get insurance if you’re stuck with a lousy driving record, which categorizes you as a high-risk motorist. The most obvious drawback is that a high-risk  driver insuranc e policy will be more expensive, perhaps much more if you have a major violation , for instance a DUI, or multiple violations within six or 12 months.

If you’ve been busted for a moving violation, you can still save on car insurance by comparing car insurance companies. No two insurers charge the same amount for the same coverage, so if you don’t shop around, you can wind up overpaying.

For example, rate hikes vary by as much as 25 percent among the following companies after a conviction for exceeding the speed limit by 16 to 29 miles per hour:

If you have trouble finding a company that will sell you a policy, here are some of the car insurance companies that work with high-risk drivers and may insure you:

The General, a subsidiary of American Family Insurance

Your driving record isn’t the only motorist report insurers check

Note that insurance companies also use other reports when deciding what you pay for coverage. These include:

CLUE report: This is a summary of your car insurance claims history. If a car insurance company has done any of the following  and you want to review the accuracy of this, you can get a free copy by filling out a form at consumerdisclosure.com:

Insurance score:  This report is compiled by your car insurance company, based on your credit history. The exception is for drivers in California, Massachusetts and Hawaii — states that don’t allow insurance companies to use credit information when pricing insurance.

Mark Chalon Smith
Author
Our Carinsurance.com team is made up of regular people with insurance policy needs, just like you. We just happen to know a little more about insurance than the average bear.