Updated on: Aug 09, 2019
Editorial Integrity - Why you should trust us?
Our mission is to help you make educated insurance decisions with confidence. We have an advertising relationship with some of the offers included on this page. However, this doesn’t influence our editorial judgment or recommendations. The rankings and listings of our reviews, tools and all other content are based on objective analysis, and we fully own our opinions.

Find out what cities are reported to have the safest drivers, and what car insurance coverage is needed to pay for an accident. Also, find out how much a crash increases car insurance rates. 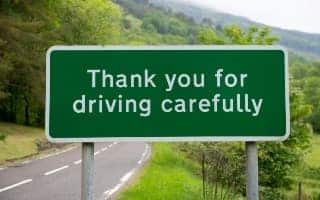 Brownsville, Texas earned the top ranking for the city with the safest drivers, according to a new insurance claims report.

The annual “Allstate America’s Best Drivers Report,” now in its 15th year, is based on an analysis of accident claims to determine how often crashes occurred in the 200 largest U.S. metro areas.

Brownsville, Texas, for the second year in a row is the city in which drivers have the least likelihood of crashing. Boise, Idaho,  and Huntsville, Alabama also top the list of cities that can brag about having the safest drivers. The least safe cities include Baltimore, Maryland, Washington, D.C., and Boston Massachusetts.

The report recently began providing information for some cities about what insures say is a notable factor in collisions – braking habits. Allstate pulled data from its Drivewise offering, which monitors driving habits to determine if drivers qualify for a safe-driving discount, to determine braking trends. A hard braking event is defined as slowing down eight miles per hour or more over a one-second time interval.

Here is How 200 Cities Rank for Safe Drivers.

*The Allstate America’s Best Drivers Report® is the result of an in-depth examination of company auto claims data to determine the likelihood drivers in America’s 200 most populous cities will experience a vehicle collision compared to the national average. According to Allstate claims data, the average driver in the U.S will experience a collision once every 10.57 years.

This year, Allstate researchers analyzed property damage claims reported during the two-year period of January 2016 to December 2017. The report defines a collision as any auto crash resulting in a property damage claim and uses U.S. Census Bureau data to determine America’s 200 largest cities. Hard-braking data is based on customers voluntarily enrolled in Allstate’s Drivewise® telematics program from 2016-2017.

A number of cities and their surrounding suburbs  in the full 200 Best Drivers rankings are excluded from hard-braking analysis due to limited measurable Drivewise data, or because Drivewise was not available (California, North Carolina, South Carolina and Texas). Allstate’s auto policies represent approximately 10% of all U.S. auto policies, making this report a realistic snapshot of what’s happening on America’s roadways.

The Allstate America’s Best Drivers Report is produced solely to boost the country’s discussion about safe driving and to increase awareness of the importance of being safe and attentive behind the wheel. The report is not used to determine auto insurance rates.

Safe driving, besides protecting you and those around you, is also cheered by insurers because fewer accidents mean fewer repair and medical claims. Crashes and moving violations will push up premiums, but a clean driving record for a certain number of years — typically three — should snag a car insurance discount of 10 to 25 percent.

Some car insurance companies offer an “accident-free” discount starting at 5 percent to drivers who do not have an at-fault accident for a specified period, typically three or five years, depending on the insurer. Accident-free discounts usually to the bodily injury liability, property damage liability, collision and medical payments portions of your policy.

You Need Collision Coverage to Pay for your Car

If you cause an accident, your liability insurance will pay, up to your limits, for the other driver’s medical bills and vehicle repairs. Liability insurance is required to drive legally. To pay for damage to your car, you must have collision coverage, which is optional.

How Much a Crash Increases Car Insurance Rates

How much insurance goes up after an accident depends on several variables, your driving record and your insurance company are chief among them. But CarInsurance.com data show that rates increase by an average of 31% for a property damage accident over $2,000. That’s about $450 a year.

The higher rates typically drop off after three years. But it pays to shop around after a claim because insurance companies treat dings on your driving record differently — some will hike your rate by a lot, others by a little, and some may not at all if it’s your first crash and you have an otherwise clean record.

In addition to your driving record, the type of car you drive and the amount and severity of claims filed within in your ZIP code also play a role in what you pay for coverage.

Use our average car insurance rates tool to find premiums for your ZIP code: