Who can drive your car?

Mark Vallet | Updated on: Nov 20, 2013
Editorial Integrity - Why you should trust us?
Our mission is to help you make educated insurance decisions with confidence. We have an advertising relationship with some of the offers included on this page. However, this doesn’t influence our editorial judgment or recommendations. The rankings and listings of our reviews, tools and all other content are based on objective analysis, and we fully own our opinions. 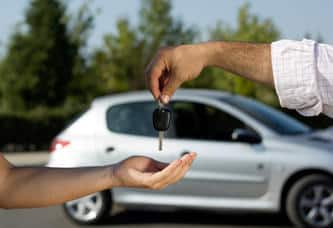 When you hand someone the keys to your car, you’re handing over your car insurance coverage, too.

Clearly, your finances are at risk if you let the wrong person drive your car.

The drivers listed on your policy are always covered with no restrictions.

After that, you could face additional risks.

Typically anyone driving your vehicle with permission is covered, but some insurers put restrictions on coverage of drivers not listed on the policy, says Penny Gusner, consumer analyst for CarInsurance.com. A few of the more common ones are:

A friend or family member who is living with you or driving your vehicle on a regular basis should be listed on the policy, Gusner says. If you have a teen driver, adding him or her to your policy as soon as he or she gets a license is important.

Even if your policy doesn’t have permissive restrictions, as car owner you are responsible for paying the deductible needed to repair the car. Even if you were not driving, your rates will probably rise, Gusner says.

And if the damages exceed your policy limits, the victims could come after your personal assets. Nothing can stop someone from suing you.

“Insurance is never 100 percent in any case,” Gusner says.

Watch out for exceptions

Some very cheap insurance policies restrict coverage to the named driver only. In those, there is no such thing as a permissive user, and  you would not be covered if a friend drove the car and wrecked it. In fact, you would be personally liable for all the damage inflicted by your car as well, Gusner says.

Almost all car insurance policies for private vehicles exclude coverage for business use. For example, if you deliver pizzas, you need a commercial policy.

Insurance companies and peer-to-peer car-rental companies such as Relay Rides are still arguing over how liability should be handled when private car owners rent out their cars.

Insurers argue that letting strangers behind the wheel adds risk to the policy, risk they have no way of assessing.

“Peer-to-peer car sharing services are doing a disservice to customers by not disclosing they are putting their personal insurance and perhaps their own assets at risk,” says Loretta Worters, spokesperson at the Insurance Information Institute. “Customers should be aware that if their vehicle is being used as a commercial venture, it should be insured with a commercial policy.”

Gusner’s advice before joining any car-sharing program is firm: Do your research. Make sure you’re not violating any portion of your personal auto insurance contract. And, she says, “look into the insurance that the car sharing plan has in place to make sure it’s financially fit to payout high-dollar claims, if the worst-case scenario occurred.”

Mark Vallet is a professional freelance writer who specializes in automotive and insurance writing and regularly contributes to CarInsurance.com. He lives in Colorado with his wife and children.