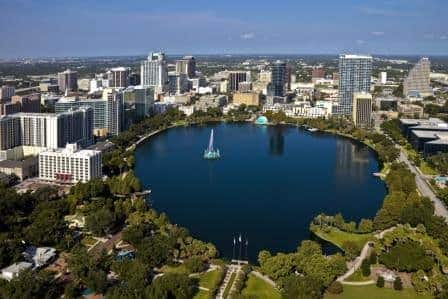 The Orlando ZIP code 32811 is the most expensive place in the city for Florida car insurance, about $390 more than the cost of the cheapest, according to an analysis of rates from six car insurance companies.

The wide range in rates from different insurers for the same driver in the same car in the same ZIP code shows why it's prudent to compare car insurance companies. For example, the highest rate from any carrier for ZIP 32811 in our analysis was $2,946 -- $1,816 more than the lowest ($1,130).

To see how Orlando car insurance rates compare, use our average rates tool below. Enter a ZIP code and it will show the average rate, as well as the highest and lowest, for your location for six age groups and three different coverage levels.

You’ll see in the chart below the top 10 most expensive ZIP codes for car insurance in Orlando, and how much you can overpay if you don’t compare rates.

If you want just enough coverage to be legal on the road, buy the lowest amount of liability insurance your insurer offers. That’s the cheapest policy you can buy. Florida car insurance laws mandate that you must have a car insurance policy covering $10,000 in property damage liability and $10,000 in personal injury protection (PIP):

Florida car insurance laws don’t stipulate that you carry bodily injury liability insurance, which pays for injuries others get from an accident you cause. However, many car insurance companies do require it to be part of any policy they sell in the state. That’s because Florida is a no-fault state. Treatment for any injuries you suffer is covered by your personal injury protection, up to its limit. This is regardless of who caused the accident. If bills exceed that limit, the at-fault driver is legally personally responsible unless he or she has bought bodily injury liability coverage.

The least expensive coverage isn’t always sufficient for every scenario. Even a minor accident can put your savings and home in jeopardy if you have just the state required minimum of insurance. To protect your assets, you should buy liability insurance in the following amounts:

Comprehensive insurance and collision coverage are typically very affordable and a wise idea if you have a newer car. That’s because these coverages pay out up to the actual cash value of your car. In Florida, comprehensive costs $107 and collision costs $242, on average per year, for drivers, according to the Insurance Information Institute. Unlike liability insurance, these optional coverages come with a deductible. That’s the amount you pay before your insurance goes into effect. You select a deductible amount when you buy coverage. Common deductibles amounts are $1,000, $500 and $250. The lower your deductible is, the higher your rate will be.

The chart below shows how auto insurance companies in the city rank on price.

How much insurance goes up for common traffic tickets in Orlando

There are many reasons an insurer may increase your auto rates. Traffic tickets can raise your rates significant depending on the severity of the charge.

The increase can stay on your auto insurance for five years. The exact number of years depends on the insurance company and state laws.

Serious charges, such as DUIs, often stay on your driving record longer than a minor offense, such as speeding.

Here’s how much more you’ll pay, on average, for the following traffic violations.

CarInsurance.com commissioned Quadrant Information Services in 2019 to field rates from up to six major insurers for 10 ZIP codes in the city for the following driver profile: male, age 40, good credit, clean driver record, driving 2017 Honda accord. We compared the clean record driver rate to the rate for various tickets and accident claims to get the average percentage and dollar increase, for the coverage level of 100/300/50; with comprehensive and collision and $500 deductible. These are estimates; your actual rate will depend on your personal rating factors.

How much will my insurance increase after an accident in Orlando?

Getting into a car accident can increase your car insurance costs. You can expect a huge rate hike if you get into multiple expensive accidents.

Your policy will influence the increase. Some insurers provide accident-forgiveness. These policies don’t increase your rates after the first accident.

Here’s how accidents will increase your rates on average.

CarInsurance.com commissioned Quadrant Information Services in 2019 to field rates from up to six major insurers for 10 ZIP codes in the city for the following driver profile: male, age 40, good credit, clean driver record, driving 2017 Honda accord. We then averaged rates by company for each city for the following coverage level: 100/300/50, with comprehensive and collision and a $500 deductible. These are estimates; your actual rate will depend on your personal rating factors.

You credit influences your car insurance costs more than moving violations and accidents in Orlando.

Orlando drivers with poor credit pay $1,440 more on average. That’s an average of slightly more than $3,500, which is a 70% increase over average auto insurance rates in Orlando.

Why are people with fair and poor credit penalized? Insurers believe those drivers are a higher risk to file more claims.

You’ll pay more having poor or fair credit in Orlando, but the costs aren’t as bad as Michigan, New Jersey, Arizona, and other worst states for drivers with bad credit.

Only repeat drunk drivers will see higher rate increases than a parent who adds a 16-year-old driver to a policy in Orlando.

Auto insurers view teen drivers as high risk. They’re more likely to get in an accident and file claims.

There are ways to limit that impact though -- namely, talk to your insurance company about discounts. You may even get to benefit from a good student discount for that 16-year-old.

Find out more about adding a teen to your car insurance.

How much more do you pay for gap insurance in Orlando?

Gap insurance, also called loan-lease payoff coverage, pays the difference between a vehicle’s actual cash value (ACV) and the current outstanding balance. This type of coverage is for people who buy a new car and then take a large loan or lease on the vehicle.

Gap insurance pays the difference between what the car’s worth after you drive it off the lot. Not what you paid.

Gap insurance would add on average $65 or 3% to your annual car insurance costs in Orlando.

How much SR-22 insurance costs you in Orlando

SR-22 is an option for drivers if you’re convicted for a serious moving violation, such as a DUI, reckless driving or driving without insurance.

Though not car insurance, an insurer guarantees that you’re carrying legally mandated coverage when it issues you an SR-22. If you have an SR-22 and a DUI conviction, the average car insurance rate increases by $1,415. That’s nearly $3,500 on average for car insurance.

Traffic in Orlando: As with many larger cities, traffic can be congested, especially during rush hour, but Orlando did not make a list of the worst U.S. cities for traffic recently reported by USA Today.

Public transportation: The U.S. Census Bureau says that the majority of riders in Orlando who commute to work by public transportation are white (about 12 percent), Hispanic (about 30 percent) and black (about 59 percent). The bureau notes that commuting is the main reason people use mass transit.

High Occupancy Vehicle rules: The HOV lane, also known as the carpool or diamond lane, is designed to reduce traffic congestion and promote ride-sharing on freeways. In Florida, only vehicles with at least two people, mass transit vehicles like buses, and motorcycles are allowed to use the lanes. Use may be restricted during specified hours.

Bad intersection: The intersection of Semoran Boulevard and Old Cheney Highway is recognized as one of the worst in Orlando.