Halloween may be a time for mostly friendly activities like trick-or-treating, sometimes mischievous takes over and the trick results in damage to your car. If you have the right type of coverage, you don’t need to get frightened if your car is involved in Halloween high jinks.

Comprehensive insurance covers many common vehicular pranks, which are typically considered acts of vandalism. It also covers theft, fire, animal strikes, flying objects and damage resulting from flooding, hail and wind storms. But when your car is the target of ghoulish behavior, or you have a Halloween mishap, it is the coverage your car needs. It is optional, but if your car is financed your lender will require it, and if you car is newer put paid off, you would still want to coverage as it’s cheap to carry and covers quite a wide variety of threats to your vehicle.

Here are some scenarios and how car insurance can help you:

1. Egged vehicle. If your car’s paint job is damaged by the volatile compounds contained in eggs, you must have comprehensive insurance to file a claim for vandalism.

If you get to the car in time, you might try to wash the egg off and save yourself from filing a claim. If the damage is done, then don’t be surprised if your comprehensive coverage won’t cover a full-vehicle paint job if only one area has been damaged. The damaged area should receive new paint, which the painters will try to blend in with the rest of the car’s older paint.

And if you have a custom paint job, it may not be covered unless you have custom parts and equipment coverage as part of your policy.

In all other states, the deductible, the amount you pay out of pocket before your car insurance kicks in for your comprehensive coverage, will normally be due if you make a glass claim unless you chose a zero deductible for glass coverage.

3. Sugar in the gas tank. Scientists have debunked the myth that sugar in the gas tank causes significant damage. The sugar should be caught by filters, but if it does get through it could clog fuel injectors. You may need to take the car to a mechanic to clean out the fuel tank and lines, which should be covered under comprehensive insurance coverage as it would be considered vandalism.

Or if you are inclined to try and fix the problem yourself, there are steps to try and rid your car of the sugar to see if they clear up the issue.

4. Halloween decoration causes dents and dings. If an inflatable pumpkin breaks loose, rolls down the street and crashes into 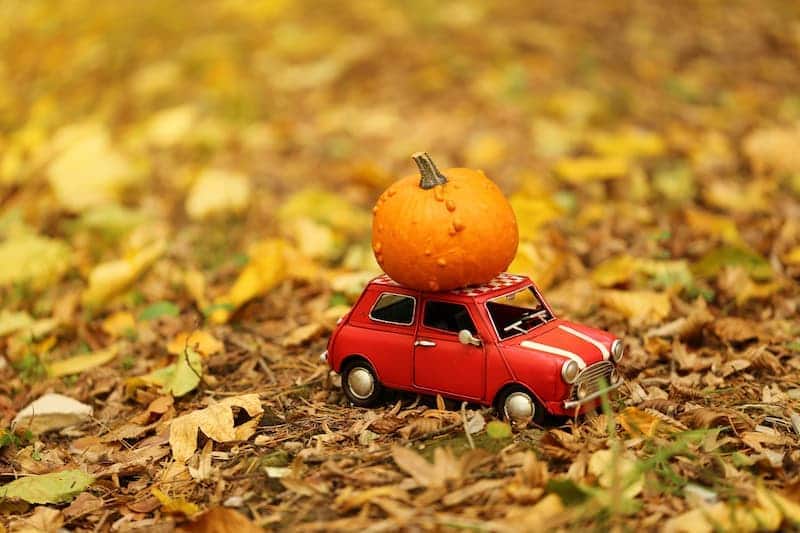 your car, causing a dent — that’s a collision claim. However, if a Halloween decoration lets loose due to gusting wind, becomes a flying missile and falls on your vehicle causing damage, it would be a comprehensive claim.

Either way you can make a car insurance claim. However, if the owner of the pumpkin shows up to claim it back, get their home insurance information. This incident should be covered under their homeowner’s liability coverage. Making a claim that way instead would keep you from paying a deductible and keep a claim off your car insurance record.

5. Slashed tires. Tire damage from an act of vandalism is also covered by comprehensive coverage.  Your car insurance company will take into account how much your tires have depreciated.  You won’t end up getting paid for a set of new shoes if you’re replacing five-year-old tires with 50,000 miles on them.

And check your policy as it likely will cover only the tires that have damage. So if one of your four tires have been slashed, you’ll only be able to claim for that one. You may need to decide if you want to get a used tire that still has some life in it to match the other tires. Or, if you want new tires then you will have to pony up the money for the other three out of your own wallet.

6. Pumpkin chunkin’.  If a pumpkin is thrown at your vehicle and damages it, then this would be considered a flying missile and covered under your comprehensive coverage.

You should however try to clean it up as soon as possible so the pumpkin guts don’t hurt the paint job or seep into the car to hurt the interior.

7. Black cat crosses your path. If you hit a cat, or any other animal, and it damages your vehicle, then this would be an animal strike and covered under your comprehensive coverage.  However, if a black cat runs across the road, spooks you and causes you to crash into a tree, that would be covered by collision. 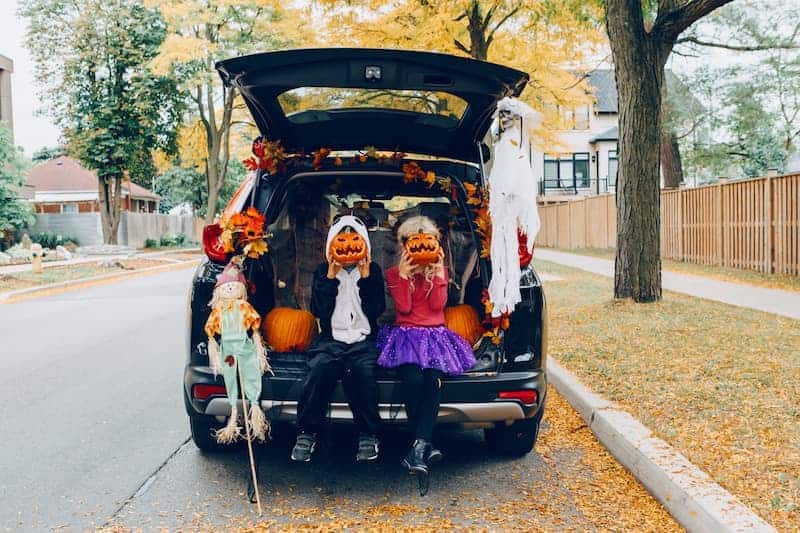 8. Trunk ‘n Treat.  Dressing up for Halloween doesn’t have to be left to pedestrians, cars can get in the act too – and accidents can happen that lead to claims. For example, if a chain you used to decorate a tombstone comes loose from your tricked-out trunk and collides with your vehicle causing a scratch or dent, collision would cover it.  If a prop attached to your vehicle comes loose and damages someone else’s car, then your property damage liability coverage would cover it.

9.Car gets toilet papered or wrapped in Saran wrap. These pranks may seem relatively harmless, until you undo the TP or clear wrap and find the perpetrator scratched your car.  Insurers will typically consider such incidents as vandalism and cover it under your comprehensive coverage.

10.  Car tipped over.  Car tipping of sub-compact cars has happened in the past.  Halloween is likely another night to target light-weight vehicles. If it happens to yours, know now it is considered vandalism and would be covered as a comprehensive claim.  If the tipper only manages to push your car into something, like a fence, it would instead be a collision claim for colliding with something.

Final thoughts: What to consider before making a claim for Halloween damage

Depending on what type of Halloween incident or prank you’ve suffered, it may be wise to skip placing a car insurance claim and just pay for the damage yourself. If the damage to your vehicle is minimal, get an estimate for repairs to see if it’s less than your deductible to repair. If it is, never mind with the claim; instead, pay out-of-pocket or find the responsible party and make him pay. If you try to make a claim it will just get denied for below the deductible amount.

What if the cost is just a tad above the deductible? Penny Gusner, CarInsurance.com’s senior consumer analyst recommends still skipping the claim. “If you have the financial means only make claims only for major damage or incidents, not the minor ones. This keeps your rates lower from both not making a claim, and possibly receiving a surcharge, and from losing discounts.”

As Gusner notes, another reason to not make a claim is so your rates don’t rise. One comprehensive claim doesn’t typically raise your rates.  However, if you have multiple claims — of any type — it can cause a rate increase; or, your car insurance company may even find you too much of a risk to renew your policy at the end of its term.

So before calling in a claim decide if it’s really worth getting paid $100 by your insurer after you’ve spent the $500 deductible to have a claim on your record and possibly lose a no claims discount.

If the damage and cost of repairs is significant, then by all means make the car insurance claim. But make sure you follow the proper steps to get it accepted. Car insurance companies typically require vandalism claims to be accompanied by a police report.  So, if it turns out someone you know did the damage, the individual may be busted by the police and pursued by your insurance company for any money it paid out in claims. Thus, if you know – and like – the guilty party it likely is better to ask them to pay, or if it was something unintentional, see if their homeowner’s coverage would cover the incident.

Penny has been working in the car insurance business for more than 10 years and has become an expert on procedures, rates, policies and claims. She has seen it all, and working with CarInsurance.com from its inception, she researches the routine and the bizarre with equal enthusiasm. She has three very active children and a husband with a zeal for quirky cars.