Updated on: Jan 25, 2023
Editorial Integrity - Why you should trust us?
Our mission is to help you make educated insurance decisions with confidence. We have an advertising relationship with some of the offers included on this page. However, this doesn’t influence our editorial judgment or recommendations. The rankings and listings of our reviews, tools and all other content are based on objective analysis, and we fully own our opinions.

Can you legally drive without car insurance?

Driving legally without car insurance is not an option in most states. All drivers are required by law to have auto liability insurance, which covers any damage or injury caused by the driver in the event of an accident. Failure to have auto insurance can result in heavy fines and other penalties. 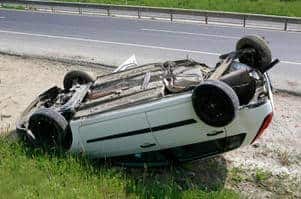 Sure, you can legally drive without car insurance. Just make sure you have a lot of money.

In Ohio, for example, you can get by with proof of financial responsibility. How do you get that? You can buy a $30,000 bond from an authorized surety company, or you can simply deposit $30,000 with the state treasurer.

In South Carolina, you can pay a $550 fee to the state for a certificate of uninsured registration–every year. And be prepared to pay for any damage or injuries you cause, of course.

You can drive without liability insurance in New Hampshire, too. If you happen to hit someone, you’ll need to post a “financial responsibility bond” on the spot to cover the damage. And you won’t be able to leave the state, because its neighbors do require a policy.

Face it: While one in seven motorists hits the highway with no way to cover the costs of an accident, you do so at your own peril. Not only do you risk everything you own, you could face consequences such as a fine, losing your vehicle, losing your license and serving jail time.

Penalties for no car insurance

“You have financial responsibility as a driver to carry insurance,” says Lynne McChristian, the Insurance Information Institute’s representative for Florida–a state with one of the highest rates of uninsured motorists in the nation.

Not only does carrying the appropriate level of auto insurance protect you from possible civil and criminal penalties for not having it, it also protects you if you damage someone else’s vehicle or injure them in a wreck. Otherwise, “the cost comes out of your pocket,” McChristian says.

Yet that doesn’t deter some motorists from getting behind the wheel when they don’t have insurance. A study this year by the Insurance Research Council (IRC) found about one in seven motorists nationwide doesn’t have coverage, although it’s illegal not to have insurance or some other proof of financial responsibility in every state but New Hampshire (where 89 percent of drivers do, in fact, carry a policy).

In some states, the uninsured driver rate is much higher, peaking in Mississippi, where an estimated 28 percent of motorists are uninsured, according to the IRC. In New Mexico, Tennessee, Oklahoma and Florida, about one-quarter of drivers have no insurance.

On the other end of the spectrum, about 5 percent of drivers in Massachusetts, Maine and New York don’t carry insurance.

The IRC has found that motorists are more likely to let their insurance lapse when unemployment rates are high. While some might see skipping auto insurance as a clever way to save cash, the risks can far outweigh any possible savings.

You’re putting yourself at risk

Driving without insurance can bring a multitude of perils. Alicia Charles-St. Juste, senior assistant vice president in sales and client services for Amica, says carrying the proper amount of coverage is “insurance for the unforeseen. My greatest fear is, what if I cause harm? I want to have peace of mind.”

If you purchase auto insurance, you also won’t have to worry about civil and criminal penalties. The IRC found they can run the spectrum, and enforcement can vary greatly. Driving without insurance, for example, can carry fines of less than $100 to more than $5,000, depending on the jurisdiction.

California has lowered its uninsured motorist rate using a number of strategies. One was establishing a computer system so canceled policies are reported to the Department of Motor Vehicles. That prevents you from renewing your license or registration, says Pete Moraga, spokesman for the Insurance Information Network of California.

Law enforcement officials are also linked into the system, he says. Some motorists will make one insurance payment, then cancel but keep their insurance card, which they present if they’re in an accident. But the computer system shows officers whether or not the card is still valid.

An uninsured California motorist who is involved in an accident that’s not his fault also can’t sue the other driver for pain and suffering, Moraga says. That’s known as a “pay to play” provision.

Protect yourself in an uninsured world

Because so many motorists are flouting the law, it’s important to maintain uninsured and underinsured motorist coverage on your vehicle to protect yourself if you’re in a wreck and the other party can’t afford to pay..

“Many people just buy the minimum that’s mandated by the state,” McChristian says. Such minimum amounts of liability coverage protect you from the damage you do to others, but often at levels that are not adequate to cover you if you cause serious damages to another driver.

“The minimum is not enough to protect you if you’re injured in an accident,” McChristian says.

Charles-St. Juste says maintaining such coverage is “almost like insurance against the other driver.”

Angela Preciado, director of the auto product management team at USAA, says some customers question the need for such coverage because they have good health insurance through their employer or the military. But drivers also need to think about their passengers, who might not have adequate health insurance coverage.

While it may be tempting to reject uninsured and underinsured motorist coverage in a bid to lower premiums, Preciado says there are plenty of other options. Those include bundling your insurance policies with one insurer in order to get a discount. Or you may be eligible for a discount for being a safe driver, being a good student or being in the military.

Another option is to raise your deductibles, which will lower your premiums. However, if you choose this option, you need to have enough money tucked aside to cover your costs if you’re in a wreck, Preciado says.

She recommends reviewing your coverage every time you renew your policy. “As your life changes, your coverages should change as well,” she says.

That review should include a few phone calls or a couple of minutes online comparing auto insurance quotes. A CarInsurance.com analysis found the differences between carriers, especially for younger drivers, averaged as much as $1,102 a year.

If you can’t even afford to pay your premiums, Moraga urges you to ride a bike or take a bus or find a carpool rather than getting behind the wheel of a vehicle.

After all, bearing the burden of uninsured motorists is what forces premiums to rise. “We all pay for other people’s crimes,” Moraga says.

— Susan Ladika contributed to this story.