What is a hardship license?

A hardship license is a limited driver's license granted only to drivers who have had their licenses suspended or revoked to make trips to work or school. 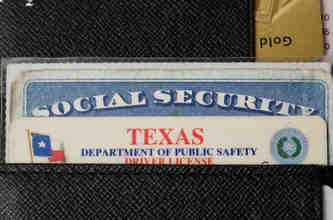 A suspended driver’s license is expensive, embarrassing and inconvenient.

Heading to the grocery store on a bus or asking a neighbor to drop the kids off at school because you can’t drive is no fun for anyone.

But depending on the nature of your suspension and the state you live in, you may be able to get back on the road with what’s known as a hardship license. A hardship license is issued when your normal driver’s license has been revoked or suspended. It allows you to drive, but only under certain circumstances and for approved reasons, mainly to get back and forth to work.

“There are many reasons that your license could be suspended — driving without insurance, piling up tons of tickets and even not paying your child support — but the majority of hardship licenses are issued to DUI offenders,” says Shane Fischer, a Florida attorney.

In all cases, you have to prove that the lack of a driver’s license is causing hardship for your family, which in many states is not that difficult.

What are the requirements for a hardship license?

Requirements vary by state, and the process can take some time.

In Illinois, for example, drivers must send a written request to the Secretary of State, attend a hearing, and also complete any required courses or counseling. Florida requires taking and passing a 12-hour traffic school.

Once you have been approved for a hardship or restricted driving permit (RDP), as they call it in Illinois, you are legal to drive, but there are many restrictions. You can drive to approved locations, usually work, daycare or school and a few stores for errands. Many states assign a nighttime curfew.

Getting caught driving after hours or for unapproved reasons will result in your hardship license being revoked. Most states don’t offer second chances.

But hardship enforcement is difficult. There is no cost-effective way to monitor hardship drivers, and it is up to the discretion of the police officer who pulls you over to decide if you are within the limits of your restricted license.

How long does it take to get a hardship license?

Nothing about a hardship license changes the penalties for the offense that got you into trouble in the first place, Fischer says. Any requirement for alcohol counseling or classes or an ignition interlock device remains in place.

There are cases that slip between the cracks.

The Cape Cod Times investigated hardship licenses and ran across a driver who had been charged with operating under the influence of alcohol 15 times and convicted nine times — yet was driving on a hardship license.

Will your insurance rates go up?

License suspensions are not created equal.

An administrative suspension — one stemming from an unpaid traffic ticket or back child support — is typically seen as a minor offense and will not have a huge effect on rates.

If the underlying cause of the suspension is a DUI, your rates usually go up dramatically if you can find a company to insure you. Car insurance rates shoot up after a DUI conviction and it varies by state. In North Carolina, the increase could top 307%.

A DUI conviction stays on your motor vehicle record for at least five to seven years in most states, so the pain will continue at each renewal even after the suspension has ended. New Mexico leaves it on your record for 55 years, though your insurance company usually won’t look back that far.

— Mark Vallet contributed to this story.