Updated on: Oct 15, 2013
Editorial Integrity - Why you should trust us?
Our mission is to help you make educated insurance decisions with confidence. We have an advertising relationship with some of the offers included on this page. However, this doesn’t influence our editorial judgment or recommendations. The rankings and listings of our reviews, tools and all other content are based on objective analysis, and we fully own our opinions.

10 States Where Driving has Plummeted 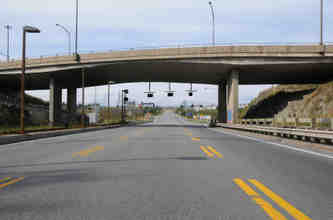 It may be hard to believe, especially when you’re stuck on the interstate in the middle of rush-hour traffic, but Americans are driving far less today than they were just a few years ago.

Since 2004, per-capita driving has fallen by double digits in 10 states and declined at least somewhat in nearly all of them.

It’s not just the recession, experts say. The trend has been fueled by a wide range of factors, including the economic downturn, high gas prices, growth in urban areas, telecommuting, e-commerce and the Millennials’ shift away from car culture.

“All seem to be moving in the same direction. I don’t know if we’ll ever know which is more responsible than the others” for the decline, says Phineas Baxandall, author of “Moving off the Road: A State-by-State Analysis of the National Decline in Driving,” for the U.S. Public Research Interest Group.

Overall, per-capita miles driven have dropped 7.4 percent between their peak in 2004 and the end of 2012. That’s a stark contrast to previous decades, where the number of miles driven rose regularly. In 1960, the average American drove about 4,000 miles a year, according to the Federal Highway Administration. By 2004, that number had risen to 10,120. In 2011, the average American drove 9,455 miles.

“The kind of 60-year driving boom we saw after World War II appears to be over,” Baxandall says.

These are the places where the decrease is most pronounced:

Note:*The state of Wisconsin’s internal numbers show a decline of only 5.5 percent

Recession is only partly to blame

“The nature of the economy is certainly a factor,” says Steven Polzin, director of mobility policy at the Center for Urban Transportation Research at the University of South Florida.

If GDP starts growing at a brisk pace, he expects driving to pick up as Americans travel more and increase driving for reasons other than work.

But the economy is by no means the sole reason for the decline. The dip in driving started well before the great recession, and is continuing long after its end. The most recent driving data, through May 2013, shows Americans drove a half-billion fewer miles compared to the previous 12 months.

Where the miles are stacking up

At one extreme of the trend is North Dakota, where miles per capita soared more than 12 percent since 2004. An energy boom has driven the nation’s fastest-growing economy for the past three years.

“Every place has its own story,” Baxandall says.

While annual mileage has risen dramatically in North Dakota, it is residents of Wyoming who drive the most — by far — at more than 16,000 miles per year. Only Alabama, North Dakota and Mississippi even come close, around 13,000 miles a year each.

At the other end of the spectrum are the District of Columbia, Alaska, Hawaii, New York, Rhode Island and Pennsylvania, which rack up fewer than 8,000 miles per person.

Researchers sliced the data many different ways in search of a pattern. They found many:

Age: The decline in driving has been most pronounced for those between the ages of 20 and 39, says Polzin, as Millennials trade suburbia for city life. “This group feels the (economic) stress more,” he says.

Telecommuting: Vermont and Idaho are among the states with the highest percentage of home-based workers — but both rack up miles well above the national average. Researchers say the option of telecommuting may lead some people to choose more rural locations — which means they must drive further to shop, eat and make periodic trips into the office for meetings.

A drop in driving can lead to a drop in your auto insurance rates. The fewer miles you drive, the less your risk of getting in an accident.

Car insurance discounts for low mileage can come in a variety of ways. Some car insurance companies will simply adjust your base rates, but others will call out the discount on a separate line on your declarations page.

CarInsurance.com consumer analyst Penny Gusner says the typical discount is 5 to 15 percent off your collision and liability premiums. The discounts start at some companies at 10,000 miles or less, and others not until 7,500 miles or less.

Some companies may require verification of your mileage. That could come from several sources: a form that you fill out; a photo you take and mail in; or service and emissions records.

If you drive an even smaller number of miles, usage-based plans such as Progressive’s Snapshot might save you even more.